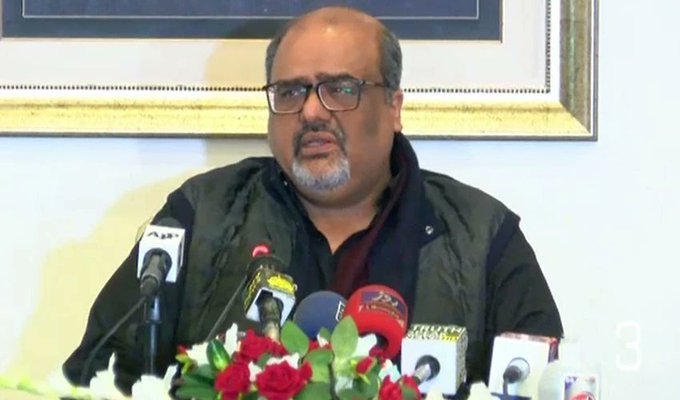 ISLAMABAD: Prime Minister Imran Khan’s adviser on accountability and interior, Shahzad Akbar, stepped down from office on Monday, without giving a reason for his resignation. According to sources, PTI spokespersons on Monday held a meeting under the chairmanship of Prime Minister Imran Khan to discuss Shahzad Akbar’s resignation. The prime minister, while accepting the resignation, avoided talking about the situation but briefly said that “Shahzad Akbar was unable to deliver and his job was to do something else”. The ex-advisor hoped that in line with PTI’s manifesto, the PTI-led government would continue the accountability process under Prime Minister Imran Khan’s leadership. “I have tendered my resignation today to PM as Advisor. I sincerely hope the process of accountability continues under [the] leadership of PM IK as per PTI’s manifesto. I will remain associated with party [and] keep contributing as member of legal fraternity,” Akbar said. A former deputy prosecutor for the National Accountability Bureau (NAB), Akbar was appointed as the special assistant to the prime minister on accountability in August 2018. Later, in December 2019, he was also given an additional portfolio of adviser to the prime minister on interior affairs. In July 2020, the barrister was been promoted to adviser to the prime minister on accountability and Interior with the status of a federal minister.