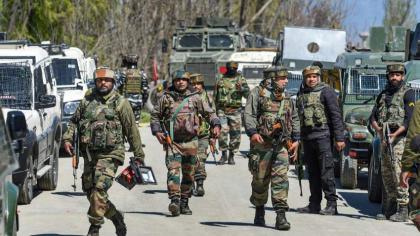 ISLAMABAD: The Legal Forum for Kashmir (LFK) on Friday launched a comprehensive dossier on Zia Mustafa’s extrajudicial execution in a staged encounter at Poonch, Indian-Occupied Jammu and Kashmir (IOJK).

According to a statement issued in this regard, the dossier exposes the lies of Indian occupying forces related to Zia’s involvement in militancy.

Per the dossier, Zia Mustafa, 15, from Rawalakot IOJK inadvertently crossed the LoC on January 13, 2003, and was arrested by the Indian-occupying forces.

The family members of Zia lodged a missing report with the concerned police station, but the army and IOJK police, led by the then director-general A K Suri, issued a joint press conference on April 11, 2003, in which they projected and presented Zia as a foreign militant, involved in the “so-called terror incident,” the dossier said.

The dossier reported that Zia was a minor when he crossed the border unknowingly and was later falsely implicated in militancy by the Indian forces and agencies.

According to the statement, the report further states that the trial court in Shopian, Kashmir framed charges against Zia under sections 302, 120b, 450, 395, of IPC; 7/27 PACT; 2/3 IMCO-. “However, the state out of prosecution witnesses failed to produce a single evidence against Zia,” it said.

Zia’s lawyer, Mubashir Gattoo, while talking to local media said: “Zia, an undertrial for 17 years, was facing a case before session’s court, but there was no evidence for his conviction”.

“The dossier highlights the extra-judicial execution of an undertrial who was in judicial custody when the joint counter-insurgent group including the Indian army without following the mandate of law took Zia outside the jail and killed him in a staged encounter,” the statement read.

Moreover, the dossier also revealed the important documents showing Zia a minor boy at the date of his arrest, moreover, the prisoners’ list exchanged by the foreign offices listed Zia as an undertrial prisoner.

The dossier also highlights the 111 fake encounters and the alleged perpetrators involved in these war crimes.

Meanwhile, LFK held a roundtable debate inviting law experts and key stakeholders on the universal jurisdiction case submitted before the metropolitan war crime unit in the UK. The experts hailed the efforts of the Stoke White Investigation unit for filing a suit against Indian Prime Minister Narendra Modi, Home Minister Amit Shah and six other Indian officials responsible for torture and extra-judicial killing of the duo.

Head of Stoke White Hakan Camus hoped the request to British police seeking the arrest of Indian officials will be followed by other legal actions also focusing on Kashmir.

“We are sure this is not going to be the last one, there will probably be many more applications,” he said.

Khalil Dewan, Investigator Stoke White, said this is the beginning of Lawfare against India, LFK and Stoke are working for the last two years and will continue their criminal prosecution work against India.

Meanwhile, former Director-General Shariah Academy Professor Dr Muhammad Mushtaq praised the remarkable work of Stoke White and also pitched for the constitution of a war crime tribunal for the case of war crime and crime against humanity in IOJK.

Legal Forum for Kashmir Executive Director Nasir Qadri said this is the beginning of lawfare against the occupier and his organisation would further pursue the war crime cases to different available forums so that the perpetrators involved are apprehended for their crimes.

He further said that Kashmir has faced the worst human carnage for the last 74 years and the “international community can no longer be spectators to India’s atrocity crimes and impunity.”