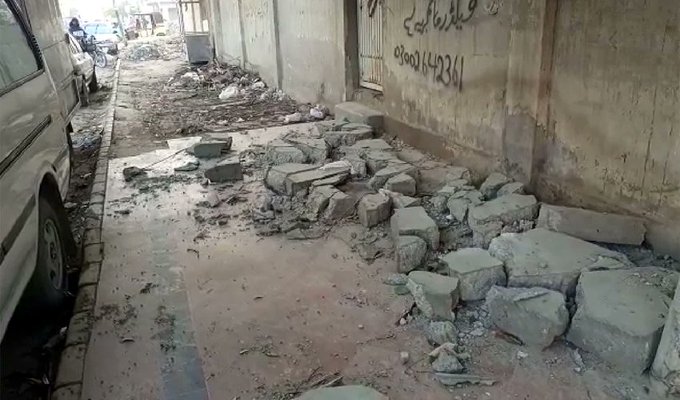 KARACHI: At least five people died in the metropolis on Friday in different accidents when powerful winds hit the city, News Lark reported.

Meanwhile, police revealed that a man died after being electrocuted in Landhi area.

A resident of Karachi’s North Nazimabad area died as a wall of his residence collapsed; while two more people, including a woman, were injured in the Mawach Goth area when a wall collapsed in similar circumstances.

Rescue sources added that a man in Orangi Town sustained injuries when an electricity pole, uprooted by strong winds, fell on him.

The Pakistan Metrological Department (PMD) has said strong winds will prevail in Karachi on January 21 (today), before giving way to a drop in the overall temperature.

According to the Met department, winds are blowing with a speed of 45 to 54 kilometres per hour (kmph) in the inner city, while their speed can escalate to 63kmph in coastal areas.

The strong winds are expected to sustain till tonight.

The Annual Convocation of the University of Karachi — which was set to take place on January 22 — has been postponed owing to the bad weather.

A new date will be announced later, according to university sources.