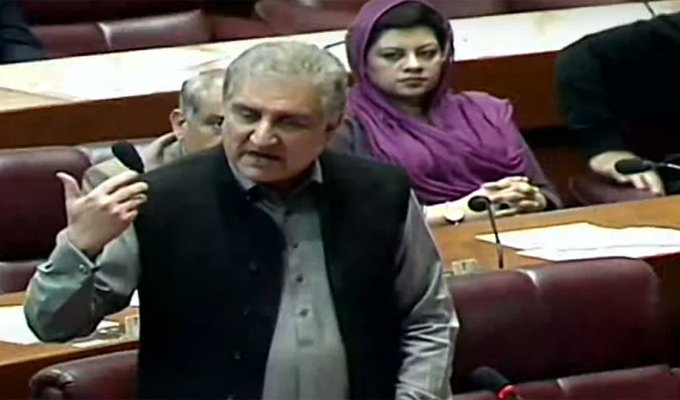 ISLAMABAD: An attempt was made to tarnish the image of the Islamabad High Court (IHC) through an affidavit which alleged that former chief justice of Pakistan Saqib Nisar had attempted to manipulate judicial proceedings against PML-N’s Nawaz Sharif and Maryam Nawaz, Foreign Minister Shah Mehmood Qureshi said on Friday.

Speaking in the National Assembly Friday, FM Qureshi said that it was stated in the affidavit that the former CJP had issued orders to the subordinate judges.

He questioned the motive behind the affidavit which he said came to light after three years through a story that was published in a newspaper.

“It was surprising that the judge who was accused was not even a member of the IHC bench, which shows the veracity of the allegations made in the affidavit,” he said.

Without mentioning the name of former prime minister Nawaz, who is living in London nowadays, the foreign minister said that it was also clear in which city the oath was taken. “We all need to learn from our past.”

“On the one hand, everyone is calling for the independence of the judiciary, but they do entirely the opposite to it.”

“There were attacks on the Supreme Court and an attempt was made to take a decision from Justice Qayyum but nothing proved beneficial.”

He said that the Rana Shamim issue is sub-judice and he could not discuss it further, adding: “All of us should take notice of this, this is a dangerous matter.”