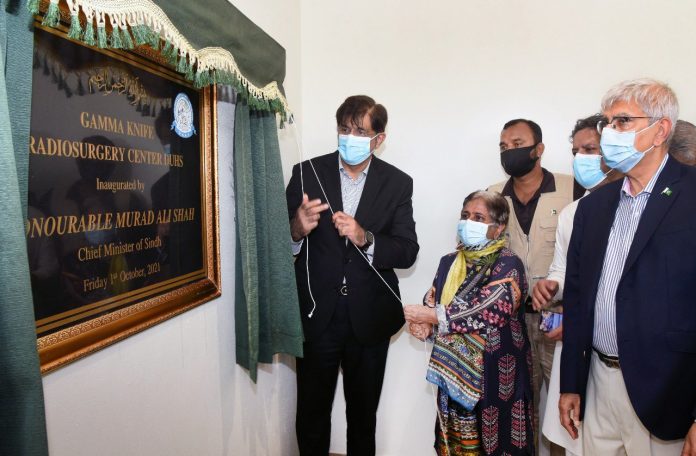 KARACHI: (Hannan Ali Narejo) Sindh Chief Minister Murad Ali Shah on Friday inaugurated a Gamma Knife radiosurgery facility at the Dow University Hospital, Ojha Campus. Karachi Administrator Murtaza Wahab Siddiqui, who is also the provincial government’s spokesperson tweeted: “This is the first such intervention at a public sector hospital in Pakistan.” “This painless technology is known worldwide for treatment of tumours.” Speaking at the inauguration ceremony of Gamma Knife radiosurgery facility, CM Murad said the PPP-led Sindh government would continue serving the people of the province despite criticism. He said the health sector is testimony to the government’s public service. “There is still a lot that needs to be done but we don’t have enough resources.the CM lamented, announcing that the provincial government is going to challenge the Council of Common Interest’s (CCI) decisions, including one related to the sixth population census results, in the parliament.