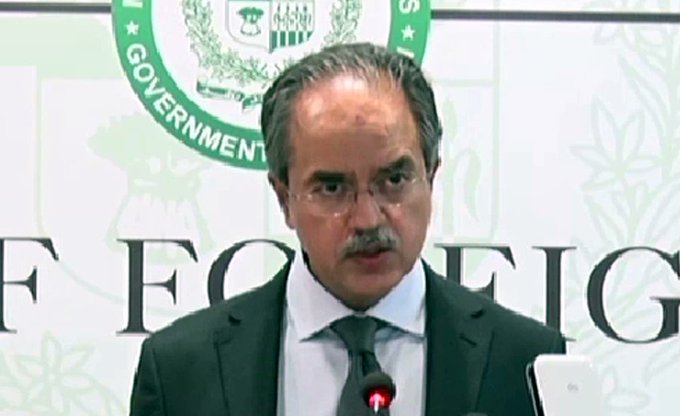 ISLAMABAD: The Foreign Office on Wednesday responded to a draft bill tabled by US senators regarding a probe of the country’s withdrawal from Afghanistan and Pakistan’s alleged support for the Taliban offensive, saying that the proposed legislation is “uncalled for and counterproductive”. The FO spokesperson, Iftikhar Ahmad, issued a statement in response to media queries regarding Pakistan’s stance on the matter. “We see that a debate is underway in Washington both in the media and on Capitol Hill to reflect on and examine the circumstances leading to the US withdrawal from Afghanistan. The draft legislation introduced in the US Senate by a group of Senate Republicans seems to be a reaction to this debate,” he said. The spokesperson said that the legislation “includes references to Pakistan that are completely unwarranted”. He said that Pakistan finds all such references “inconsistent with the spirit of Pakistan-US cooperation on Afghanistan since 2001, including facilitation of the Afghan peace process and during the recent evacuations of American and other nationals ..from Afghanistan”. Ahmed stated for the record that Pakistan has consistently maintained that there is no military solution to the conflict in Afghanistan. “Similarly, a coercive approach will not work and the only way to achieve long term sustainable peace in Afghanistan is through engagement and dialogue,” he added. The spokesperson said that sustained security cooperation between Pakistan and the United States would “remain critical in dealing with any future terrorist threat in the region”. “Such proposed legislative measures are, therefore, uncalled for and counterproductive.”