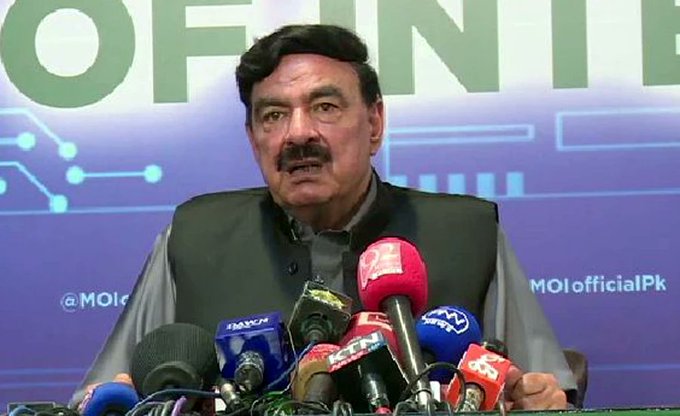 ISLAMABAD, Sep 27 (APP): Minister for Interior Sheikh Rashid Ahmad on Monday said that the government would soon expose those elements involved in the conspiracy behind the cancellation of the New Zealand cricket team tour to Pakistan as the investigation was in the final stages. Addressing a press conference, he said that the summary for approval of on-arrival visas to citizens of 15 countries was being sent to the cabinet including the USA, Canada, France, and Iran as earlier citizens of 50 countries were eligible to get on arrival visas. He said that the cases of cyber-crime were increasing and the Ministry of Interior had received around 100,000 complaints during his tenure. Keeping in view the situation the government had decided to immediately release a fund of Rs 2 billion to upgrade this wing for appointing technical persons to get results. He said that special directions had been issued to National Database and Registration Authority (NADRA) to have a check on fake Coronavirus vaccine certificates. He added unfortunately some elements were trying to disrespect the Pakistani identity card, passport, and vaccination which was a preplanned conspiracy.