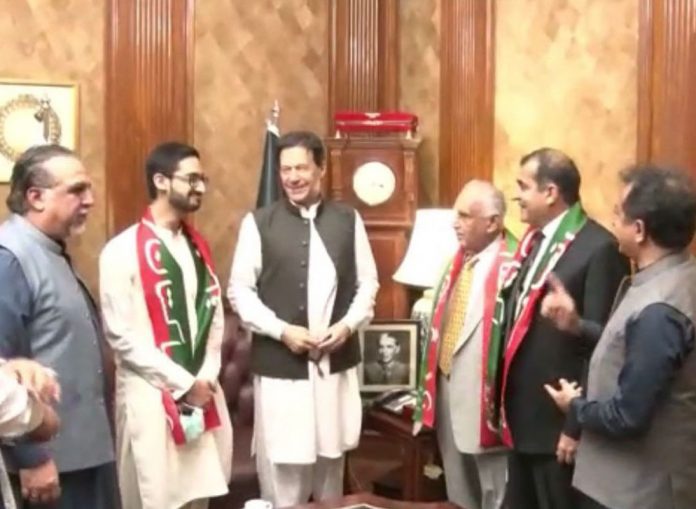 KARACHI: Former Sindh chief minister and PML-N leader Syed Ghous Ali Shah, former minister of state for water and power Syed Zafar Ali Shah, and Barrister Murtaza Mahesar joined the PTI Monday. The politicians met Prime Minister Imran Khan at the Governor House on Monday, before formally announcing their decision to join the party.  PM Imran Khan welcomed the new members and gifted them the party’s mufflers as a welcoming gift.  Meanwhile,the prime minister also met the Sindh United Party Chairman Jalal Mehmood Shah. Earlier in the day, the premier had performed the groundbreaking of the Karachi Circular Railway project during a ceremony held at the Cantonment Railway Station in the metropolis. Ali is a veteran Pakistani politician and jurist, who served as the Sindh CM 1985–1988 in the Zia-ul-Haq regime and later the advisor to the prime minister for affairs of the province of Sindh, with powers of chief minister and status of a federal minister in June 1999. He has also remained the defence minister from 1991–1993 and the education minister from 1997–1999.