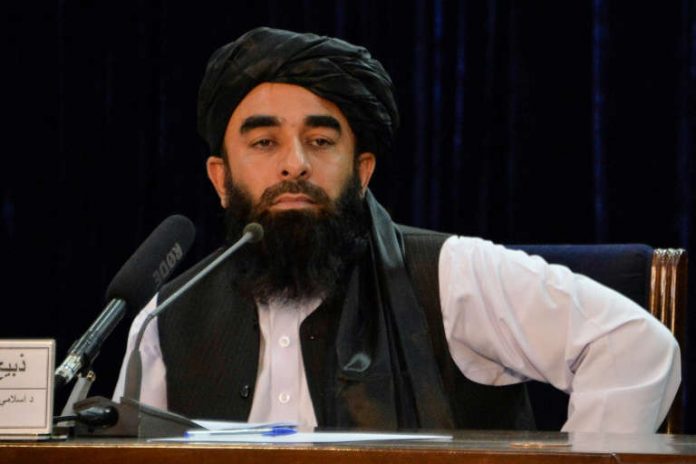 KABUL: The acting Foreign Minister of Afghanistan Amir Khan Muttaqi on Sunday said that the Taliban government does not want conflict in the country, therefore, it would not take the initiative to create one. Addressing a ceremony of the Afghan Ministry of Commerce in Kabul on Sunday, the acting FM said that anyone who engages in divisive politics will be left alone. “We will not let anyone use the Afghan soil against any other country,” said the FM. Speaking about the past, he said that an alliance of 50 countries had entered Afghanistan to oust the Taliban government in the past but when it came to establishing peace, “no foreign fighters came to fight in Afghanistan”.”The credit for establishing peace in the country solely goes to the local people,” said Muttaqi, adding that the Taliban government would be ready to take steps ahead if another country even takes one step towards establishing friendly ties with Afghanistan. Muttaqi admitted that while the newly-established government is facing difficulties at the moment, its main focus is the welfare of the people. He said that the government will create such conditions that “no one will leave the country”.”The Taliban government will not force anyone to leave the country because their policy is to unite the people of Afghanistan.” Addressing the traders of the country, Muttaqi said that this section of society is responsible for the economic development of the country. “There are no restrictions for traders nor is there a market for bribes,” said Muttaqi, adding that ministers are within the reach of traders whenever they require any assistance. ‘Opponents may make noise but we don’t care’Muttaqi said that given the circumstances, the Taliban regime will be put to test but its relations with foreign countries will be as vast as they were in the past. “The opponents may make as much noise as they want but we don’t care,” said Muttaqi Answering a question, he said that since the Taliban took over the province of Panjshir, not a single gunshot has been heard there, adding that the government is also making sure to maintain the law and order situation in the country.