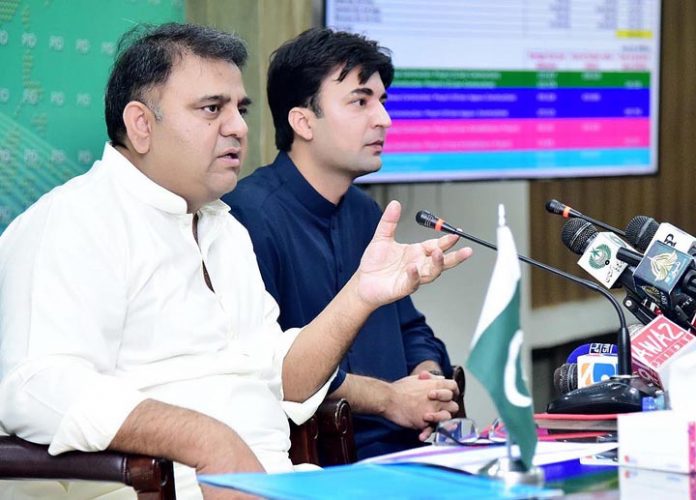 ISLAMABAD:Minister for Information and Broadcasting Chaudhry Fawad Hussain on Sunday said the Sharif family had purchased Avenfield flats in London after committing massive corruption in the Lahore-Islamabad Motorway (M-1) project. “It is pertinent to note the timing of purchase of Avenfield flats and construction of the motorway. The Sharif family was purchasing the Avenfield flats in the UK on the same time when the most expensive agreement of the region for construction of a motorway was being signed in the country by the then Pakistan Muslim League-Nawaz (PML-N) government [with a company],” he said while addressing a news conference. Flanked by Minister for Communications and Postal Services Murad Saeed, Fawad said public should know that the then PML-N government did massive corruption under the cover of such expensive contracts for constructing the motorway. They did not spend a single penny of the looted money on the masses, rather laundered abroad to build palatial flats in London, he said adding, the money spenton such expensive projects by the PML-N government was borrowed from different international financial institutions. As a result, he said the country had to pay US $ two billion in interest to a company which was in agreement with the then government to construct the motorway. He also mentioned a story published in a leading national daily on December 4, 2002 stating that the cost of Lahore-Islamabad motorway had exceeded to Rs. 60 billion. The total income of motorway till 2002 was Rs 450 million only, he added. Lashing out at Prime Minister Imran Khan’s critics who said that he was against the construction of motorways in the past, Fawad said PM Imran was never against the development of road infrastructure, but the corruption which was committed in the name of such projects. “There is no concept of development without road infrastructure because communication [linkages] are everything, but if you start building roads to promote your business as it was in case of Sharif family then there would be no development in the country,” he said, adding “The motorways are remarkable and must be built.” He reiterated PM Imran Khan’s stance about corruption and said corrupt practices at local level did not cause major damage to the country, rather it was the ‘systematic’ corruption of a Prime Minister and his cabinet members which ruined the nation. Fawad said the same did happen in Pakistan where from 1947 to 2008, the total debt stood at Rs six trillion, but it were both the Sharif and Zardari families which took it to Rs 27 trillion in only ten years. The incumbent government had to return US $10 billion in the last three years to repay the loans taken by the past governments, he added. The minister said the country still had to repay massive amount of debt which was piled up due to the corruption of those two families in all the economic sectors of the country. The two families laundered the money which they had looted from the national exchequer; he said citing the example of Shehbaz Sharif who used bank accounts of his lower staff to stash Rs 25 billion dirty money abroad. The minister said when the country borrowed money for debt retirement, it eventually resulted into inflation, weak economy, expensive rates of utilities like electricity and gas. To a query, he said contracts worth Rs one trillion for road projects were made during different tenures of PML-N government. The present government under the leadership of Prime Minister Imran Khan was striving hard to root out such mafias that had been weakening the country. About the corruption cases of Sharif family, he said the government was pursuing them vigorously to take them to logical conclusion. He lamented Shehbaz Sharif for criticizing the government on inflation and said it was him and his family who were a reason behind all the economic woes in the country.