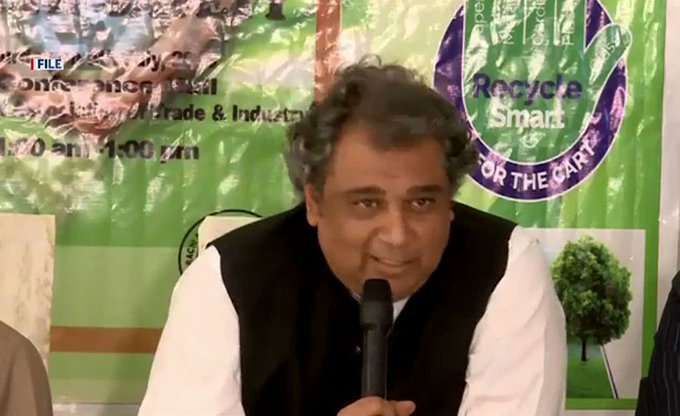 KARACHI: Federal Minister for Maritime Affairs Syed Ali Haider Zaidi on Saturday said Pakistan and China had agreed to include Karachi Coastal Comprehensive Development Zone (KCCDZ) in the China-Pakistan Economic Corridor (CPEC) hoping that it would prove to be a game changer for Pakistan. He said KCCDZ was an initiative of the Ministry of Maritime Affairs focused on providing Karachi with an ultra-modern urban infrastructure zone, which would place the city among top port cities of the world, said a press release here on Saturday. Ali Zaidi said the historic decision had been made during the 10th Joint Cooperation Committee (JCC) on CPEC held at Islamabad and Beijing. He said the two countries agreed to include Karachi Coastal Comprehensive Development Zone (KCCDZ) under the CPEC framework. He said the planned multi-billion dollars mega KCCDZ project would be built with direct Chinese investment in partnership with Karachi Port Trust (KPT). The quantum of expected investment was approximately US $ 3.5 billion. KCCDZ would be a flagship project for not only Pakistan but also the entire region. He said KCCDZ would also provide residential resettlement to more than 20,000 families living in the surrounding slums. The environment friendly mega KCCDZ envisaged four new berths for KPT. It would also house a state-of-the-art fishing port with a world class fisheries export processing zone to boost Pakistan’s trade potential. It would also improve marine ecosystem and reduce pollution. KCCDZ would connect rest of Karachi through a majestic harbour bridge rising from behind Pakistan’s Deepwater Port with exit ramps for Manora Island and Sandspit Beach. KCCDZ had also enormous potential for global investors. It would unlock Pakistan’s unexplored Blue Economy and significantly enhance development and industrial cooperation between the two countries.