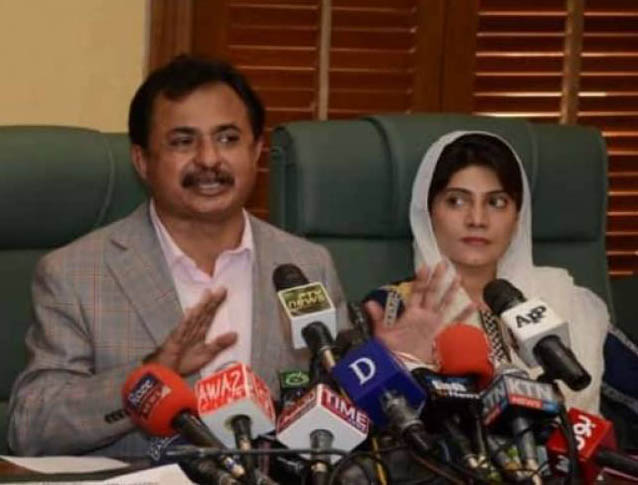 KARACHI: The Leader of the Opposition in the Sindh Assembly Haleem Adil Sheikh and PTI MPA Tahira Dua Bhutto on Friday announced the birth of their son. The matter came to the fore when MPA Tahira Dua shared pictures of her newborn baby on social media. The pictures were from an event to celebrate the birth of the child, where the baby’s name — Kamil Haleem Sheikh — could be seen written in the backdrop. Images from the celebration shared by MPA Dua Bhutto. Photos provided by the reporter. When asked, Haleem responded with the confirmation of his second marriage to the MPA, saying that it is not “something to be kept secret”.He said that he married Dua after the 2018 General Elections. “It is our personal matter, and we have the right to disclose it whenever we wanted,” said Haleem, adding that “now was the time” to declare his marriage with the MPA. Meanwhile, PPP MPA Taimur Talpur took to Twitter to congratulate Sheikh, saying he would keep his political difference aside to wish the opposition leader “joy over his marriage and the birth of a son.” He, however, complained of not being invited to the wedding reception. “Keeping politics aside, I congratulate Haleem Adil Sheikh on his marriage and [the birth of his son]. The only sad part is that Haleem Adil did not invite me to his wedding, otherwise, I would have attended the reception too,” wrote Talpur.