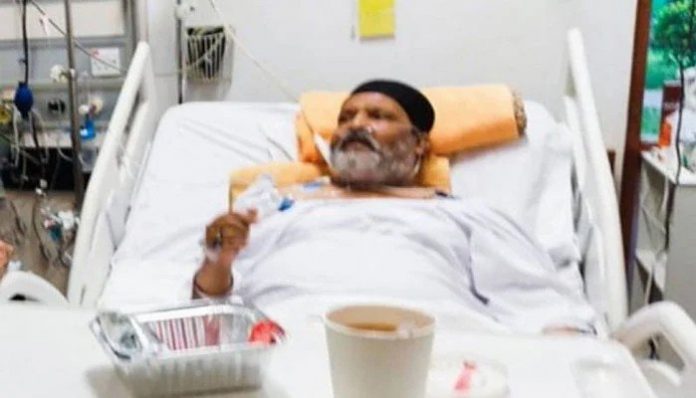 KARACHI: The Civil Aviation Authority (CAA) on Friday allowed the air ambulance to land at Jinnah International Airport to transport ailing Umer Sharif to the United States for treatment. The air ambulance with a call sign IFA 1264 will land at Karachi airport on September 26 at 11pm. Along with the captain, five crew members will also come in the air ambulance to transfer the celebrated veteran comedian and actor to the United States. Earlier this week, the Sindh government had requested the federal government to allow the air ambulance booked for Sharif to enter the premises of Pakistan. In a letter written to the Ministry of Finance on Monday, the Sindh Health Department had said that Sindh will bear all the expenses for the air ambulance. However, matters related to airspace and aviation come under the federal government, the letter read. According to the letter, the health department had urged the federal government to resolve all issues related to air ambulance as soon as possible. In another letter written to the Finance Division.
, the Sindh government had requested the release of the Foreign Exchange Budget 2021-22. According to the letter, the province had requested “release of amount $169,800 (equivalent to Rs28,498 million) under current expenditures ‘Invisible’ for payment to On Call International LLC, II Manor Parkway Salem NH 0309, on account of expenses of air ambulance for Umer Sharif, a legendary artist during the current financial year 2021-22.”