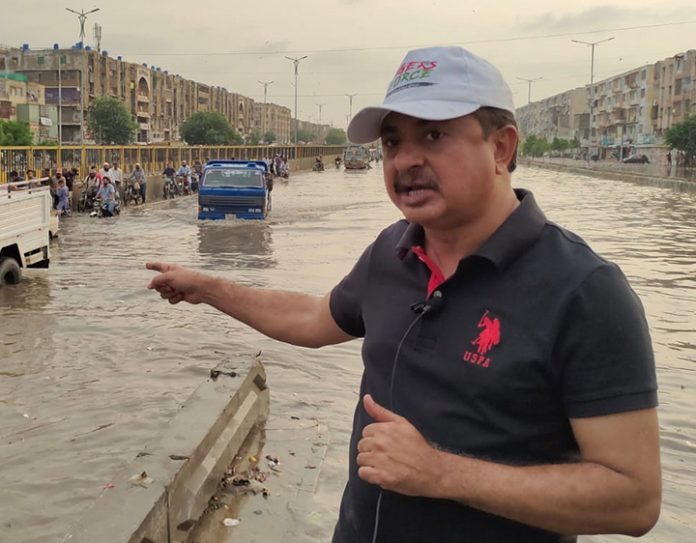 KARACHI: Central Vice President PTI and Leader of Opposition in Sindh Assembly Haleem Adil Sheikh, Thursday, expressed concerns over post rain situation in Karachi and said that downpour of a few minutes has disrupted life in the metropolis. Haleem Adil Sheikh, in a statement, said that Karachi, where most of the areas have been inundated by sewerage water and people stuck up in traffic, needed formula of PPP’s Einstein. Administrator Karachi should confess his inability to handle the situation and seek assistance from federal government, Haleem Adil said adding that provincial government had to clear over 500 drain channels of the city which they failed to do. On the other side federal government had accomplished its task to provide relief to people and cleared three major nullahs of the metropolis, he stated. The rejected administrator who was trying to become a hero perhaps required funds by Bahria town and cameras to visit the rain affected areas of the city and initiate relief measures, Haleem Adil Sheikh said. In a separate statement Haleem Adil Sheikh condemned incident of gang rape of a minor child in Bhan Saeedabad village, the constituency of Chief Minister of Sindh. The child was molested three days ago but police instead of bringing the culprits to justice was trying to save them as they were reportedly being supported by the CM House, Haleem Adil alleged. He appealed Chief Justice to take notice of the inhuman incident.