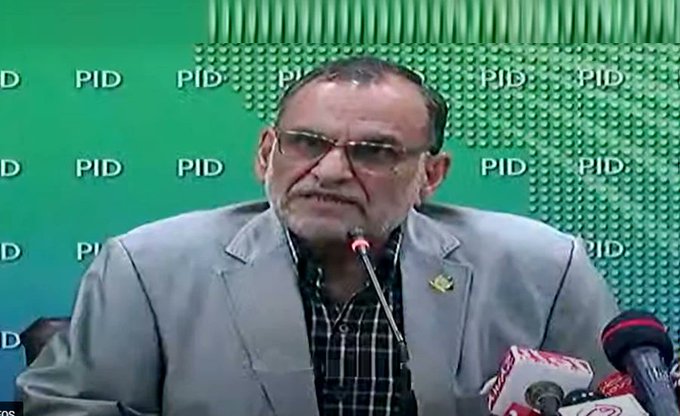 ISLAMABAD:Advisor to Prime Minister on Parliamentary Affairs Dr. Babar Awan on Monday said that government would ensure legislation for transparent elections in future and was also ready to talk with opposition on electoral reforms as well as electronic voting machines (EVMs). Speaking here at a press conference along with Minister for Railways Azam Khan Swati, he said that a joint parliamentary committee had been proposed for negotiations on electoral reforms which would include the members from both sides of aisle. He said that a motion would be moved in the Senate and National Assembly requesting the Chairman and Speaker to nominate members of the respective Houses in this committee. He said the government had contacted with the opposition last week following the directions of Prime Minister Imran Khan and was ready to take confidence building measures on electoral reforms. The formation of Joint Parliamentary Committee is the part of these measures and electoral reforms will be ensured through it. However, the advisor clarified that electoral reforms were the fate of the nation as the government wanted to give a transparent election system to the people. Dr. Babar Awan said that EVMs had been used in 72 countries while credibility on these machines increased from 35 percent to 89 percent during the last three elections in Philippine having the population of around 111 million people. Advisor to Prime Minister said that PPPP government talked about EVMs in 2009 while the ECP and the previous governments from 2014 to 2016 also deliberated on it. He said that a parliamentary delegation including PPPP leader Syed Naveed Qamar, PML-N leader Murtaza Javed Abbassi and the then opposition member and incumbent President Dr. Arif Alvi also conducted a foreign visit in the past to witness election conducted through EVMs. Therefore, he said that it was morally incorrect to oppose the EVMs by the opposition members at this stage. Dr. Babar Awan quoted the section 103 of the Elections Act, 2017 and said the former government itself agreed to consider use of EVMs in past and directed ECP through legislation to proceed in that regard. He said that government would now proceed for electoral reforms and use of EVMs at every cost because more than four years had been wasted. The section 103 of the Elections Act is about use of electronic voting and biometric verification which says “ the Commission (ECP) may conduct pilot projects for utilization of electronic voting machines and biometric verification system in bye-elections in addition to the existing manual procedures for voter verification, casting and counting of votes to assess the technical efficacy, secrecy, security and financial feasibility of the electronic voting machines and biometric verification system and shall share the results with the Government, which shall, within fifteen days from the commencement of a session of a House after the receipt of the report, lay the same before both Houses of Majlis-e-Shoora (Parliament)”. The Advisor also reiterated to fulfill the promise of right to vote for overseas Pakistanis and said the government would ensure it through legislation because it has the majority in the Parliament. Dr. Babar Awan said that economy of the country like other sectors improved due to reforms during the tenure of Prime Minister Imran Khan. Similarly, he said that electoral reforms would be ensured and transparent election system would be introduced in the country.