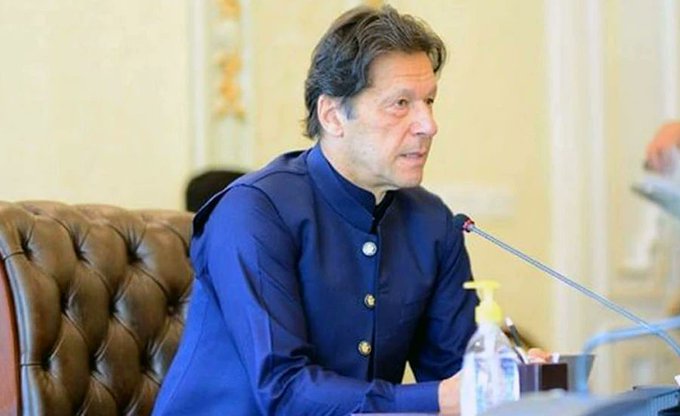 ISLAMABAD: After having intense discussions with Afghanistan’s neighbours in Dushanbe, Prime Minister Imran Khan said on Saturday he has initiated dialogue with the Taliban for an inclusive government to include Tajik, Hazara and Uzbek ethnicities. The prime minister, who paid a two-day visit to Tajikistan mainly to attend the 20th Shanghai Cooperation Organization Council of Heads of State (SCO-CHS), met with the leadership of Afghanistan’s neighbouring countries, including Iran, Kazakhstan, Uzbekistan and Tajikistan. “After meetings in Dushanbe with leaders of Afghanistan’s neighbours and especially a lengthy discussion with Tajikistan’s President Emomali Rahmon, I have initiated a dialogue with the Taliban for an inclusive Afghan govt to include Tajiks, Hazaras & Uzbeks,” PM Imran Khan said in a series of tweets. He said that after 40 years of conflict, this inclusivity will ensure peace and a stable Afghanistan, which is in the interest not only of Afghanistan but the region as well. Since the Taliban’s announcement of an interim government, which mostly comprises of hard-line members of the movement, the international community has urged them to include other groups and women in the set-up. Pakistan has also asked the Taliban to fulfil the promises made to the world for an inclusive government. While addressing a press conference on Friday, along with President Emomali Rahmon in Dushanbe after holding one-on-one meeting and delegation-level talks, PM Imran Khan stressed that the establishment of an inclusive government with all ethnic groups on board was a must to achieve sustainable peace and stability in the war-torn country. The prime minister said besides having wide-ranging talks to strengthen bilateral cooperation in diverse areas, they discussed the most important issue of the situation in Afghanistan. He said that peace and stability in Afghanistan was very important, especially for the Afghan people, who have been suffering for the last 40 years and that he and President Rahmon discussed how they could ensure peace and stability in Afghanistan. He described the conflict between the Tajiks and the Taliban in Panjshir as “worrying” and said that the two countries agreed to try their best to resolve the issue through dialogue. The prime minister had said that as Afghanistan is comprised of various ethnic communities including 45% Pashtuns as well as Tajiks, Uzbeks, Hazaras, “We urge (the Taliban) for an inclusive government”. He added that they cannot dictate Afghanistan but urge them as friends to resolve the (Panjshir) issue through dialogue and also open the blockade for humanitarian aid.