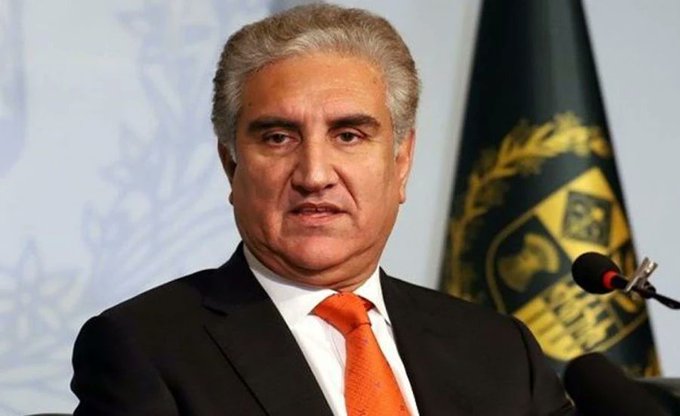 ISLAMABAD: Foreign Minister Makhdoom Shah Mahmood Qureshi Saturday underlined the need for achieving an inclusive political settlement and the importance of the international community in providing humanitarian and economic assistance to Afghanistan. The foreign minister also emphasized that a peaceful and stable Afghanistan was of paramount importance for Pakistan and the region. The foreign minister received a telephone call from the Foreign Minister of Canada Marc Garneau. The two foreign ministers exchanged views on the latest developments in Afghanistan and also spoke about bilateral matters. He also apprised minister Garneau of his regional outreach efforts regarding the situation in Afghanistan. Qureshi briefed his Canadian counterpart regarding humanitarian support provided by Pakistan including establishment of a humanitarian corridor for the delivery of relief goods and in-kind assistance by Pakistan for Afghan brethren through air and land routes. In the bilateral context, the foreign minister Qureshi expressed the hope that the next round of Bilateral Political Consultations scheduled to be held in October 2021 would be conducted ‘in-person’ if the Covid situation improved. He also called upon the Canadian government to ease the visa regime especially for students and businessmen and asked for further positive revision of Canadian travel advisory for Pakistan. In regard to the tragic incident on 16 September, involving a Pakistani-Canadian family in Hamilton Ontario, the foreign minister expressed confidence in the ability of Canadian authorities to ensure justice. The Canadian foreign minister agreed that a peaceful and stable Afghanistan was crucial for regional peace, stability and prosperity, and praised Pakistan’s efforts in promoting these objectives. He expressed gratitude to Pakistan for its facilitation in evacuation related matters and hoped that such support would continue. The two foreign ministers agreed to remain engaged and further strengthen bilateral ties. This was the fourth call between the two foreign ministers in recent months.