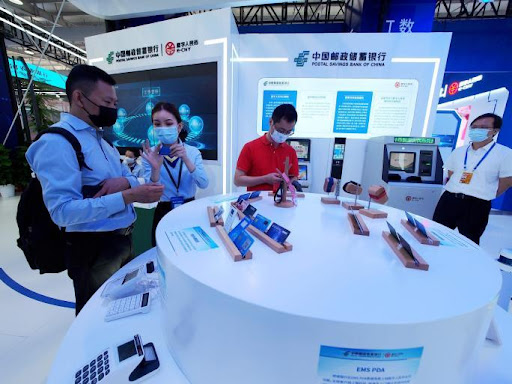 The move serves as a follow-up to the city’s vigorous efforts to build a national integrated demonstration zone for greater openness in the services sector and a pilot free trade zone (FTZ).

Since last September, Beijing has accomplished 80 percent of the tasks set for three to five years in the construction of the “two zones”, promoted 10 of its best-practice cases in the country, and put into practice 34 policies that were introduced into the country for the first time.

The pilot FTZ, which covers 0.7 percent of the city’s area, has contributed 7 percent of Beijing’s economic growth and 28 percent of the increase in the number of foreign-funded companies in the city, providing strong support for Beijing in gathering production factors from across the world and developing itself into an international highland of openness and innovation.

As the only city in China that has been encouraged to build the “two zones”, Beijing has rolled out multiple policies and systems to broaden market access for foreign investors and facilitate capital flow, said Liu Meiying, deputy head of the leading group office for the “two zones” work in Beijing, at the recently concluded 2021 China International Fair for Trade in Services (CIFTIS) held in Beijing.

“In pursuit of a bright future through digital technologies, we are going to take advantage of the platform of the CIFTIS, give full play to Beijing’s role as a capital city, align domestic rules with high-standard international economic and trade rules to improve service trade levels in key fields including digital trade, finance, culture, professional services, education, and health care, and further liberalize and facilitate the cross-border flow of production factors, so as to form an efficient and safe service trade governance system,” pointed out Yan Ligang, head of the Beijing Municipal Commerce Bureau.

To advance the construction of a digital trade demonstration zone and further facilitate the flow of data, Beijing has established the Beijing International Big Data Exchange, piloted cross-border flow of data, and explored a regulatory sandbox mechanism for data market out of concerns for safety in digital economy.

Beijing has also pushed ahead international cooperation on digital trade, striving to build a world-class digital trade port and foster mechanisms for collaboration in the aspect.

Driven by policies on the construction of the “two zones”, 1,035 foreign-invested enterprises put down roots in Beijing from January to July, a year-on-year increase of 55.2 percent. During the same period, the city’s actual use of foreign capital reached $10.33 billion, 19.1 percent more than that of the same period last year.

While high-end technological industries that accord with Beijing’s development orientation have raced to take a bite of the city’s opportunities, new business forms, models and technologies represented by digital economy are emerging as new drivers of the city’s economic development.

Beijing has taken the lead in China in implementing a policy on recognizing securities and futures occupational qualifications acquired overseas, making it easier for international talents to work in the city. Thanks to the policy, talents who already obtained qualifications and job experience overseas don’t have to take relevant examinations in China again before engaging in certain fields in the city.

The Chinese capital city has also taken measures to simplify work-related formalities for foreign talents. It is the first Chinese city to pilot a project that enables foreign nationals to apply for and receive work permits and residence permits for working at a single service window, which is much more convenient compared with the procedures required in the past.

Beijing has also allowed foreign talents with permanent residence permits to establish sci-tech companies and guaranteed that they are equally treated in the market as Chinese entrepreneurs, making it easier for them to start their own businesses.

Besides 19 international schools under construction and increasing the number of international hospitals, the city has also built eight communities for foreign talents to create a warm and friendly atmosphere for them.

“Digital trade is regarded as an important part in the construction of the ‘two zones’. In fact, it also enjoys exciting prospects in health care. We are on the front foot and have great potential to integrate it into online and offline health care services before, during, and after consultations,” said Zhu Hailuan, vice president of the China branch of Sanofi, a French multinational pharmaceutical company that established a production base in Beijing as early as 1995.