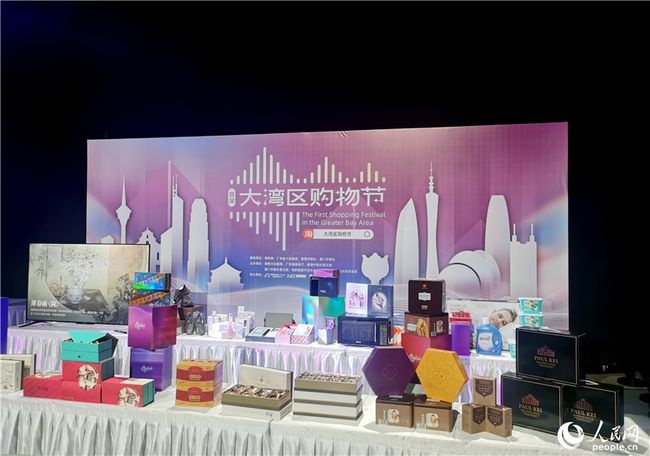 By Jiang Lin, He Linping, People’s Daily
China’s Guangdong-Hong Kong-Macao Greater Bay Area kicked off its first online shopping festival on Sept. 2.
As the largest online activity joined by the highest number of merchants in the area, the shopping festival brings over 13 million products from 298,000 renowned brands in some 100 industries, such as food, cosmetics, digital equipment, home appliance, personal care, furniture, and home decor, and clothing.
The shopping festival fell on Sept. 2 as the date symbolizes “9+2”, the nine cities and two special administrative regions (SARs) that form the Greater Bay Area.
It promoted 92 quality products manufactured by the nine cities and two SARs, including food, dietary supplements, fashion items from Hong Kong and Macao, and time-honored and novel products produced by the nine cities in the Pearl River Delta.
The Greater Bay Area is one of the most open and economically dynamic regions in China. The shopping festival demonstrates the characters of the local brands in the Greater Bay Area, as well as their innovation and vitality. It is conducive to the integration of the area and will drive consumption upgrade.
Multiple renowned brands from Macao participated in the shopping festival. Tai Kin Ip, director of the SAR’s Economic and Technological Development Bureau, said he hopes the online activity can encourage Macao’s enterprises to embrace new retailing models, expand sales, improve brand influence, and contribute to the economic development and cultural exchanges in the Greater Bay Area.
In recent years, livestream marketing has significantly brought consumers from the Chinese mainland closer to Hong Kong and Macao products. The economical commodities from the Chinese mainland are also enriching the choices of the consumers in the two SARs and changing how they perceive the industrial development of the Chinese mainland.
Washing machines, vacuum robots, kitchen appliances, and a series of products favored by Hong Kong and Macao consumers such as cosmetics and digital products, will be offered at favorable prices during the shopping festival, and 6 million commodities will be sold to the two SARs agent-free. With next-day delivery guarantees for over 80 percent of the commodities, the parcels shipped from the Chinese mainland will arrive in Hong Kong and Macao on the second day of shipment.
Initiated by the Ministry of Commerce and organized by Alibaba, the shopping festival will last three weeks to Sept. 22.
Xing Yue, vice president of Alibaba, introduced that the average daily orders placed by consumers in the Greater Bay Area are as much as 30 million, or 350 each second. As a carnival spurring new consumption and supply, the shopping festival also provides an opportunity for the digital economy to drive the upgrade of merchants and industries in the Greater Bay Area.
Besides, information on The Full Moon Rises in the Great Bay concert, a grand gala celebrating the annual Mid-Autumn Festival, was released at the launching ceremony of the shopping festival. The concert, to be held on Sept. 21 in Shenzhen, Guangdong province, will interact with the shopping festival.