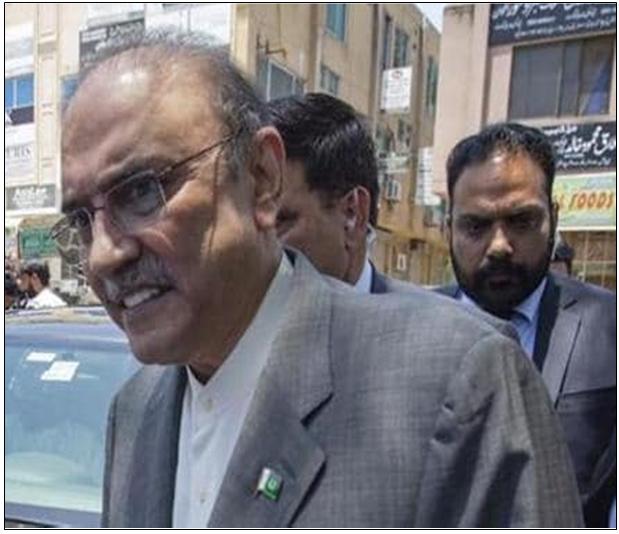 ISLAMABAD: An accountability court in Islamabad announced the date for issuing an indictment to former president Asif Ali Zardari in Rs8 billion- suspicious transactions case. At the outset of the hearing, the court issued a written order stating the date for the next hearing and summoned Zardari for indictment. According to the order, the former president will be indicted on September 29. Meanwhile, in the absence of Zardari’s alleged front man Mushtaq Ahmed at the hearing, the court declared him an absconder and separated the case of the suspicious transaction from the matter of Ahmed being at large. Ahmed had been summoned in the court in September with the last warning. However, he didn’t appear either on September 9 or today’s hearing. The court also directed the authorities to block Ahmed’s National Identity Card and start the process to seize his properties. The Islamabad High Court had granted bail to Zardari on medical grounds in the case pertaining to suspicious transactions worth Rs8 billion made through a fake bank account.