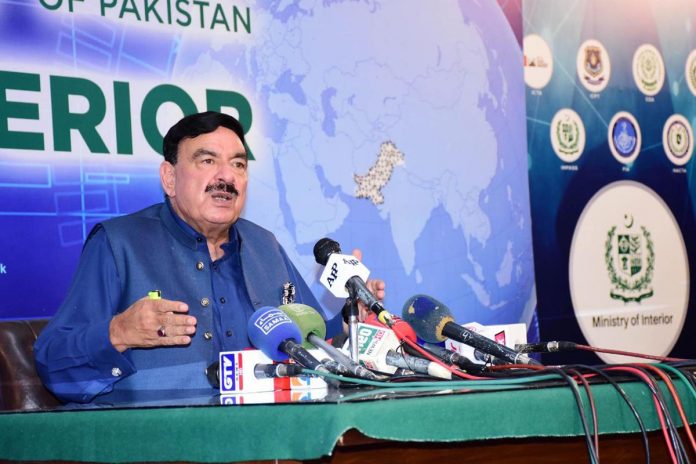 ISLAMABAD: Federal Minister for Interior Sheikh Rasheed said Monday that the suicide bomber who targeted the FC checkpost a day earlier, had arrived from Afghanistan.

Four FC personnel were martyred and 19 others were injured Sunday when a suicide bomb blast targeted an FC checkpost at Mustang Road.

“The terrorists involved in Quetta and Gwadar blasts were both from Afghanistan,” Rasheed revealed, speaking during a press conference in Islamabad. He added that both terrorists have been identified.