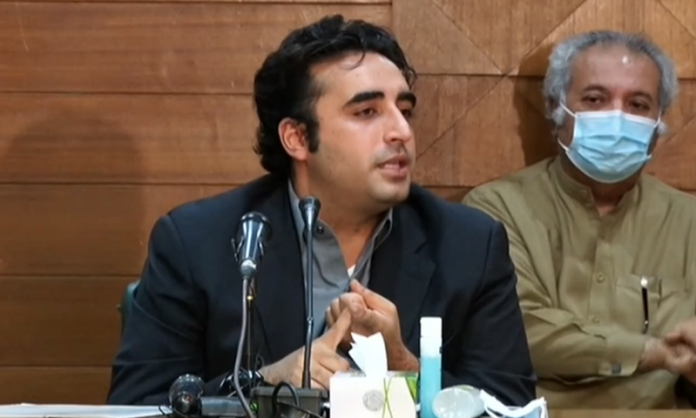 KARACHI: Pakistan People’s Party (PPP) Chairman Bilawal Bhutto Zardari Friday said his party would win the next elections and form government in the centre to serve poor masses. The PPP chairman addressed Workers’ Convention at the Jam House on the special invitation of Jam Mehtab Dahar in Bashirabad, Ghotki. Addressing the PPP workers, Bilawal said that PPP government in Sindh province was working for the welfare of women. The PPP chairman said that the sitting government of Imran Khan had deprived the people of their right to live by high inflation and unemployment. Bilawal said that poor people in the country had been forced by the Pakistan Tehreek-e-Insaf (PTI) government to commit suicide. He said that his party would form the government in the centre after winning the next general elections and serve the poor people. In the convention, Sindh Chief Minister Murad Ali Shah, Provincial Minister Nasir Shah, Mukesh Kumar Chawla, Sardar Muhammad Bakhsh Mehr and other party leaders were also present. Bilawal left for Multan in a chopper after addressing the party convention in Ghotki.