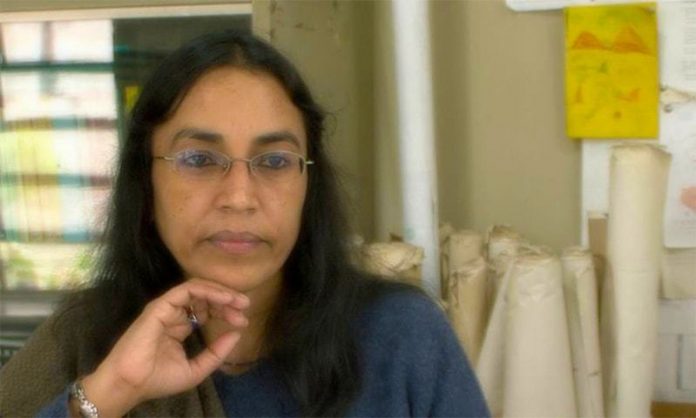 KARACHI: An anti-terrorism court hearing the high-level Perween Rahman murder case has Wednesday finished hearing the arguments by both the prosecution and the defence lawyers and has adjourned hearing till Sep. 6. The local ATC has listened to the case presented by the witness’ lawyer Barrister Faisal Siddiqui. The arguments, said the court, will continue into the next hearing as well. Perween Rahman, head of the Orangi Pilot Project (OPP), was gunned down near her office in Orangi Town on March 13, 2013. The police arrested five accused in the high profile murder case. The Supreme Court in a suo motu hearing earlier this year had instructed the trial court to wrap up the trial proceedings within one month. However, the case has been languishing eversince. The apex court had earlier had noted with wonder that the trial had been experiencing delays for several months. Police have in their custody the prime accused in the case Rahim Swati, Imran Swati, Ahmad Khan, Amjad and Ayaz.