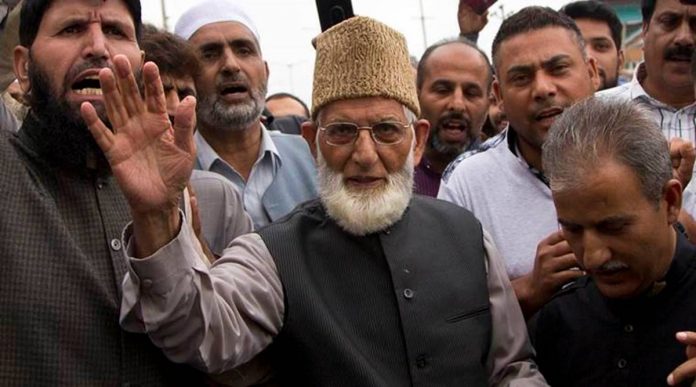 SRINAGAR :Veteran Hurriyat leader Syed Ali Gilani passed away in Srinagar today. According to Kashmir Media Service, he has passed away later this evening, a family member told media. He was 92. Syed Ali Gilani had been under house arrest for the last many years. Syed Ali Gilani born on 29 September 1929, a veteran of Kashmiri politics is the Chairman of the Tehreek-e-Hurriyat Jammu and Kashmirand the All Parties Hurriyat Conference (APHC). He is a staunch opponent of Indian illegal occupation of Jammu and Kashmir and leads Kashmiris’ struggle for right to self-determination. He was previously a member of Jamaat-e-Islami Jammu and Kashmir but later on founded his own party by the name of Tehreek-e-Hurriyat. He has served as the Chairman of All Parties Hurriyat Conference, a forum of freedom parties in Jammu and Kashmir. He was a member of Kashmir Assembly from the Sopore constituency of Jammu and Kashmir three times (1972, 1977 and 1987).