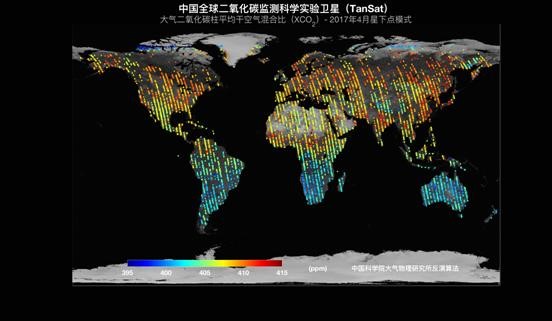 Chinese scientists recently created the country’s first global carbon flux dataset based on data collected by the country’s first carbon dioxide (CO2) monitoring satellite TanSat. The achievement means that China is capable of conducting the quantitative spatial monitoring of the global carbon budget and helping take an inventory of the carbon budgets around the world.

More importantly, the capability bears great significance for the country’s goal to peak carbon dioxide emissions before 2030 and achieve carbon neutrality before 2060.

Relevant findings about the breakthrough have been published by a research group led by Liu Yi, a researcher from the Institute of Atmospheric Physics, Chinese Academy of Sciences, in the science journal Advances in Atmospheric Sciences in collaboration with many scientists from China and the U.K.

While ground observation enables researchers to obtain accurate and comprehensive information, the method of calculating carbon emissions and absorption based on measurement of the concentrations of atmospheric carbon dioxide offers a broad and clear view of the situations, which can effectively complement ground observation, noted Liu.

China’s first CO2 monitoring satellite TanSat was launched on Dec. 22, 2016, which is the world’s third carbon-sniffing satellite, following Japan’s Greenhouse Gases Observing Satellite (GOSAT) launched in 2009 and the Orbiting Carbon Observatory-2 (OCO-2) sent into space by the U.S. in 2014. On Dec. 22, 2015, NASA released the first global CO2 map, which indicated that the atmospheric CO2 levels in some of the middle and low latitudes surpassed 400 ppm.

China developed and launched the satellite TanSat to conduct dynamic monitoring of the atmospheric CO2 concentration and provide global carbon distribution data, which not only represents the country’s active efforts to cope with global climate change, but also shows the country’s sense of responsibility as a major country, said Li Jiahong, chief engineer of China’s National Remote Sensing Center.

While taking account of auxiliary information including atmospheric pressure and temperature and eliminating interference factors like atmospheric particulate matter, researchers can get the atmospheric CO2 column concentrations in the observation paths of CO2 monitoring satellite through inverse algorithm based on strict quantitative measurement of the intensity of the absorption spectra.

Changes in global CO2 flux (the amount of CO2 that passes a unit area per unit time), the core data base of research into carbon cycle, can be deduced with the help of sequential analysis of global atmospheric CO2 column concentrations and a series of models in the data assimilation system.

In addition, CAPI can collect aerosol data on a global scale, which can not only help meteorologists improve the accuracy of weather forecast, but offer important data for research into PM2.5 and other causes of air pollution.

Some scientists even think the detection of chlorophyll fluorescence, rather than greenhouse gases, is the most innovative and revolutionary observation task of greenhouse gas observing satellites like GOSAT, OCO-2, and TanSat. 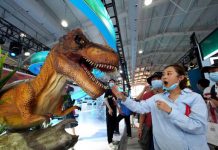 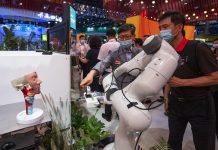 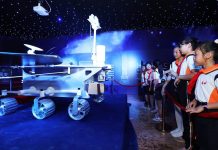 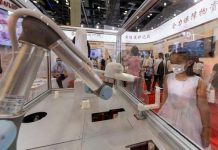 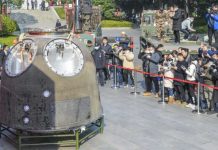 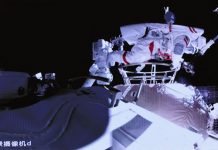 Chinese astronauts step out of spacecraft on robotic arm