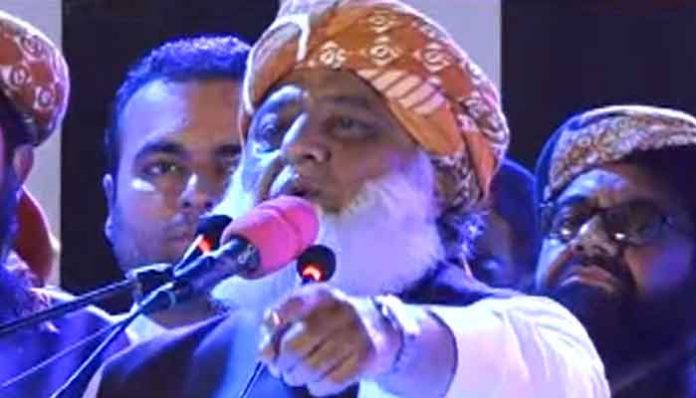 The Pakistan Democratic Movement, in its first power show in months on Sunday, at Karachi’s Bagh-e-Jinnah, declared its campaign is very much alive, and called upon the people to “rise and bring a revolution”.

The Opposition alliance said it will “bury the government with a tide of people that will storm Islamabad”.

PDM chief Maulana Fazlur Rehman, who was the last to address the rally, said that the three-year performance of the PTI has revealed how the government has turned the state and the people “unsecure”.

The PDM chief said that while other nations continue to progress, Pakistan “has only regressed”.

“Of course, amid all this, we cannot sit quietly and idly by. We have sworn to raise Pakistan’s ranks among the great nations of the world,” he said.

Fazlur Rehman said that due to unforeseen circumstances, such as the COVID crisis, PDM’s activities had undoubtedly been impacted, and people began to criticise how the movement has become silent, “but this sea of people, your enthusiasm bears witness that you are alive, the PDM is alive, and we will continue our journey forward without being stopped”.

He said that the PDM reiterates that “this government is illegal”.

“It has no mandate. It came into power through fake votes. They are seated in power with the use of force.

“We will combat them all, including those that support such imposed leaders upon us,” the PDM chief said.