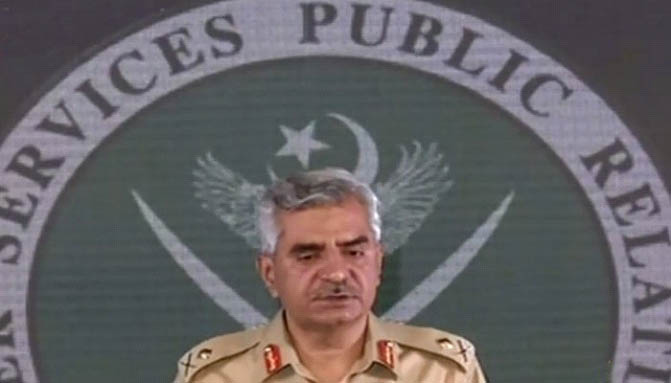 ISLAMABAD: Director-General Inter-Services Public Relations (ISPR) Major General Babar Iftikhar addressed an important press briefing on the Afghanistan issue on Friday and said that “something can happen” at the Pakistan-Afghanistan border but “we are ready” for all sorts of situations. Speaking about the situation along the Pakistan-Afghanistan border from a military perspective, he said that the situation on the ground in Afghanistan changed rapidly – against all expectations. Apprehensions were always there but, despite all that, the situation along the border is “normal” and “under control” as no untoward incident took place at the border or inside the country, he said. “We have taken every possible step to maintain security at the border and every movement is under control there. But this does not mean that nothing can happen, something can happen, but we are prepared; it is not that we will be unaware of that,” the military’s spokesperson said. He said that after August 15, the border had to be closed and reopened several times. “Soldiers of the Afghan National Army sought refuge in Pakistan several times,” he said. “On different occasions, 94 Afghan soldiers crossed over into Pakistan for safe passage, which was granted to them. We treated them in line with military values and made their return possible.” There are 78 crossing points at the border and considering the situation, 17 of them have been notified for better management and control of movement. “Movement from across the border is allowed only to those who are in possession of valid documents,” he said, adding that only five crossing points are currently open for trade while 73 have been closed for security reasons. Responding to a question, the DG ISPR said Pakistan had expected a spill over into the country as the situation unfolded in Afghanistan but said that the army had been taking several steps regarding that since 2014. “That is when we upped the ante against the terrorists’ interests […] which were there,” he said about Pakistan’s operations conducted in the areas along the Pakistan-Afghanistan border. The DG ISPR said Operation Zarb-e-Azb was the conclusion of major military operations in those areas and then the military had started Operation Radd-ul-Fasaad — which covers the whole country and all the law enforcement agencies (LEAs) are involved in it. Regarding a “possible refugee crisis”, the DG ISPR said that at the moment, there are no refugees at the Pakistan-Afghanistan border.