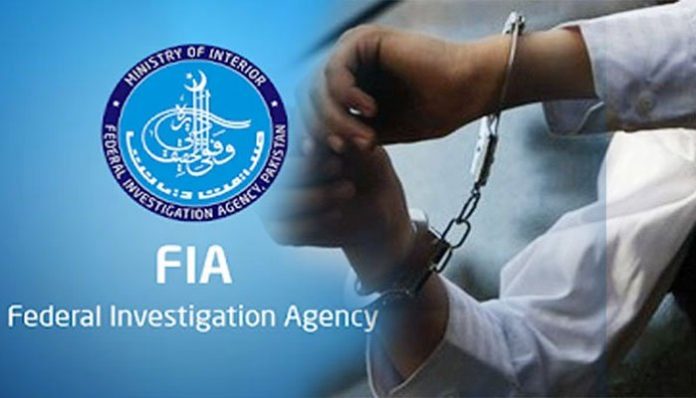 KARACHI: Federal Investigation Agency (FIA) Friday arrested a deputy superintendent of a NADRA mega centre over providing a computerised national identity card (CNIC) to a female foreigner. According to the FIA, the action was carried out by Anti-Human Trafficking Wing at NADRA mega centre in Karachi and deputy superintendent Gulfam Brohi was arrested for illegally providing a NIC to a female foreigner. The 58-year-old foreigner, Fatima, acquired a computerized NIC with the help of the NADRA official. “We are also trying to nab the woman,” the officials said adding that so far six cases have been registered in fake CNICs being provided to foreigners. In a similar case recently, the FIA arrested two National Database and Registration Authority (NADRA) officers for illegally helping a foreign national get a Computerized National Identity Card (CNIC). As per details, the FIA Anti-Human Trafficking Wing arrested Assistant Director Hamad Hussain and Senior Executive Rizwan Khan. Sources privy to the development said, with the connivance of Hamad Hussain, a 46-year-old foreigner named Javed managed to get a national identity card from NADRA. The NIC on which the accused made the identity card was issued to Khatun Bashiran. A case has been registered against the two arrested officials of NADRA, while raids are being conducted to round up the foreign national.