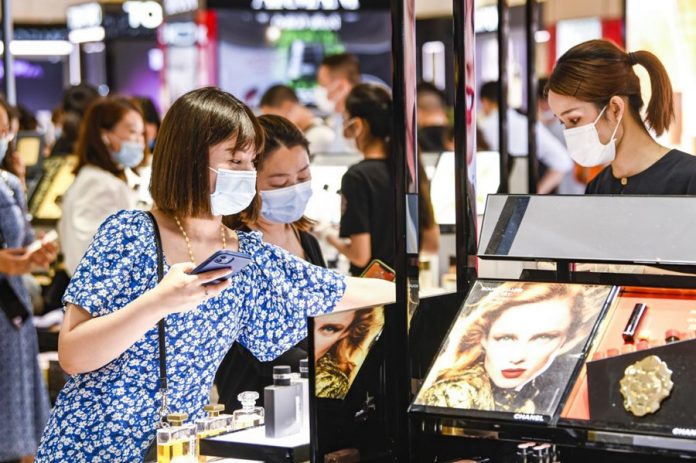 During the first half of the year, the amount of goods imported by China grew by 16 percent, and the value of imports of bags and suitcases, jewelry, and clocks doubled compared with the same period in 2020, said data from the General Administration of Customs of China.

The steadily recovering Chinese market has driven increase in the imports of consumer goods. China’s retail sales of consumer goods totaled 21.2 trillion yuan ($3.27 trillion) during the first six months of the year, which represented a year-on-year increase of 23 percent and an average growth of 4.4 percent in two years.

Online and offline channels for imported goods to enter the Chinese market have continuously be broadened, as mirrored in China’s vibrant e-commerce imports, which have made strides forward as the country’s cross-border e-commerce gathers momentum.

High quality has become the most important feature of imports. At the same time, categories of imported goods are increasingly enriched, with skin care, cosmetic, health care, maternity and baby care products attracting the most attention from Chinese consumers.

The increase in imported consumer goods shows the release of the potential of the Chinese market and represents a corollary of consumption upgrading, according to Dong Chao, head of the institute of circulation and consumption under the Chinese Academy of International Trade and Economic Cooperation.

Since a new duty-free policy was launched in south China’s island province Hainan in July 1, 2020, the offshore duty-free sales supervised by customs in the province had reached 46.8 billion yuan as of June 30 this year, a year-on-year increase of 226 percent. The number of tourists shopping in Hainan during the period reached 6.28 million, up 102 percent year on year. They bought a total of 60.72 million items of goods, marking a 211-percent growth from the previous year.

This year, China has made continuous efforts to establish international exhibition and trading platforms, including the first China International Consumer Products Expo held in May and the second China-CEEC Expo & International Consumer Goods Fair in June, facilitating communication between sellers and buyers from home and abroad and enriching supplies for domestic market.

The country will kick off the fourth China International Import Expo (CIIE) on Nov. 5. By July 27, 284 Fortune Global 500 companies and industry-leading enterprises had signed up for the fourth CIIE, outnumbering those during the previous sessions. The planned exhibition area of companies has reached 360,000 square meters. Besides, over 50 countries have confirmed their participation in the CIIE this year.

The CIIE has become a shortcut for foreign products to enter the Chinese market. Since the third session of the expo, Shanghai, host city of the event, has set up 56 permanent displaying and trading platforms, introducing nearly 180,000 kinds of products worth 146.47 billion yuan from 1,390 exhibitors at the CIIE.

Besides establishing international exhibition and trading platforms, China has also improved relevant policies in a bid to ensure the healthy development of imports in an all-round way and facilitate imports of high-quality consumer goods.

In recent years, China has frequently lowered import tariff rates, especially that of consumer goods for which the demand of Chinese people can’t be satisfied by domestic supplies. The country has lowered its overall tariff level to below 7.5 percent from 9.8 percent in 2017.

Meanwhile, China has cut regulatory documents needed for verification in imports and exports by 52.3 percent to 41 types, from 86 types in 2018. 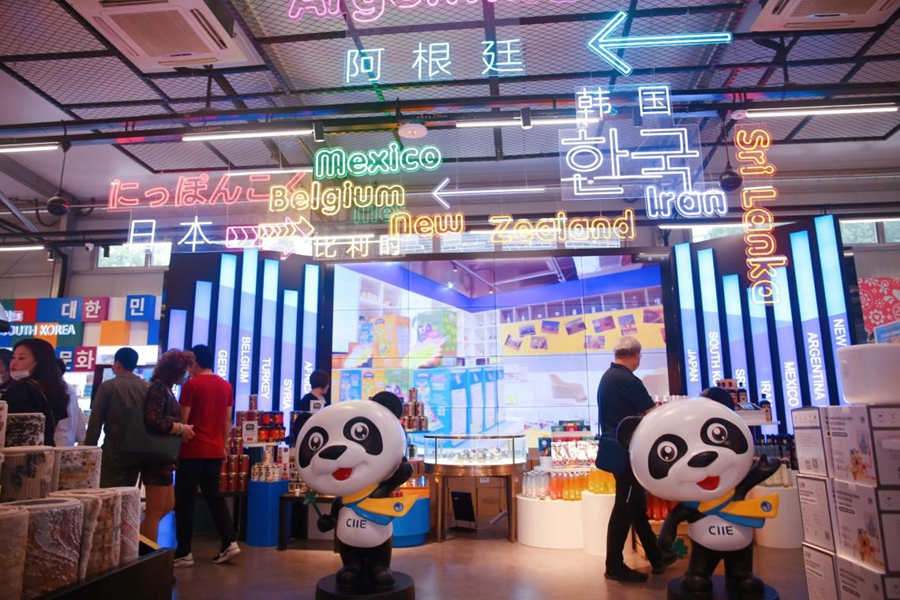 Conforming to the trend of consumption upgrading, the country has continuously optimized the list of cross-border e-commerce retail imports.

China’s cross-border e-commerce retail imports are managed through a positive list, said Ren Hongbin, assistant minister of commerce, adding that the Ministry of Finance of China has adjusted the list twice together with other government departments, and the number of categories of commodities on the list have exceeded 1,400. The country will further improve the list to better meet the demands of Chinese consumers, Ren noted.