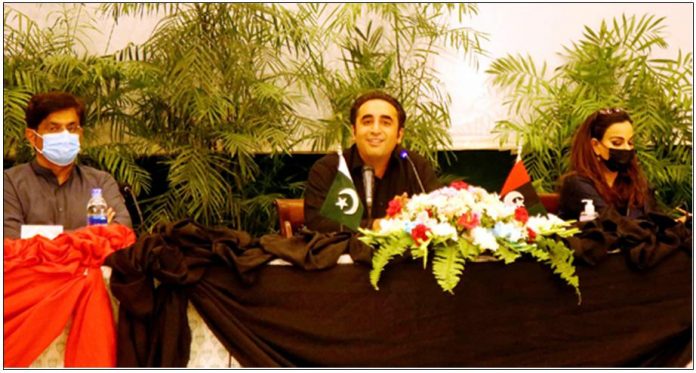 KARACHI: The federal government should take the parliament into confidence over the situation in Afghanistan, PPP Chairman Bilawal Bhutto-Zardari said Tuesday, following the Taliban’s takeover of the war-torn country. The Taliban entered the capital Kabul on Sunday and ousted President Ashraf Ghani as a result of the culmination of a rapid offensive by the group to take back the country 20 years after they were ousted by a US-led invasion. “Even a common person has concerns over the situation in Afghanistan,” Bilawal said while addressing a press conference and pointed out that the federal government should take immediate steps as Pakistan faced threats ahead. The PPP chairman demanded the federal government not to compromise on terrorism and immediately implement the National Action Plan, as terrorists had targetted journalists, armed forces, and politicians in the country. Bilawal’s press conference in Karachi was taking place at the same time as Information Minister Fawad Chaudhry’s post-cabinet media briefing in Islamabad, where he had said that the “peaceful” transfer of power in Afghanistan was a welcome sign.