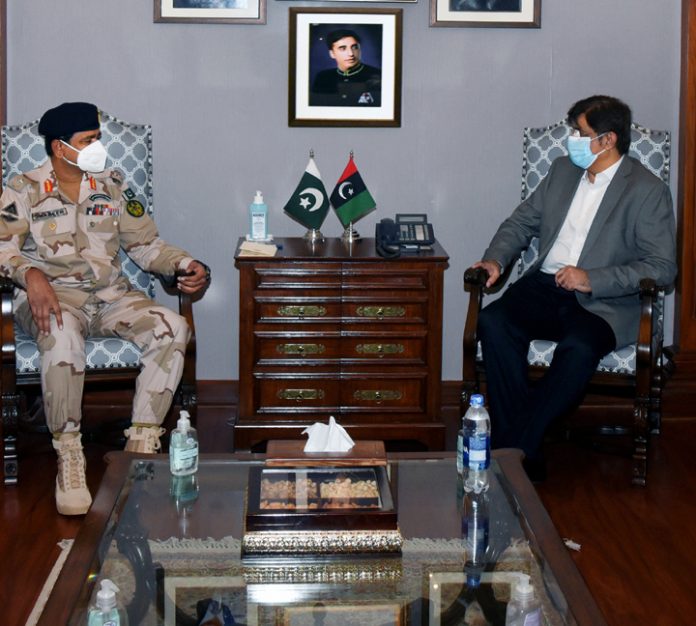 KARACHI: Sindh Chief Minister Syed Murad Ali Shah has urged the federal government to construct a 105-kilometer railway line from Thar Coalfield, Islamkot to Chor for transportation of coal to the upcountry. This he said while talking to Khalid Mansoor, the Special Assistant to the Prime Minister on CPEC affairs here at CM House on Monday. The meeting was attended by Minister Energy Imtiaz Shaikh, Special Assistant to CM on Investment Qasim Naveed, PSCM Sajid Jamal Abro, Secretary Investment Zahid Abbasi and Secretary Energy Tariq Shah. Mr Shah said that Thar coal was a great national treasure, and it should be used in all the coal-fired power and other projects being developed in different parts of the country. The CM said that through a private firm a feasibility study of construction of 105 km railway line from Islamkot to Chor has been conducted. He added that the study has revealed that the railway line would cost $160 million and the cost of rolling stock to cost $127 million. The chief minister suggested that the 105-km railway line should be executed through federal PSDP so that infrastructure may not cause impact on power tariff. He pointed out that Pakistan railways authorities have prepared a Rs130 billion PC-1 of the project which was pending in the federal government for approval. He urged the CPEC chief to get it approved by the center so that important projects could be started. Mr Shah further said that apart from construction of 105-km railway line from Islamakot to Chor the existing railways network onward from Chor .
to Mirpurkhas, Hyderabad and apportion upto Port Qasim may be rehabilitated for coal transportation. PM Special Assistant on CPEC assured the Chief minister that he would take his personal efforts to get the project approved and started. Another project which came under discussion was Thar Coalfield Block-VI. Murad Ali Shah said that  M/s Oracle Powers was working on an integrated project of coal mine, power plant and coal to gas and liquid facility. He urged the federal government to frame a policy for coal to Liquid (CTL), Coal to Gas (CTG), Coal to Urea (CTU) so that LoI could be issued in favor of M/s Oracle power enabling it to take off. The Chief minister convened another meeting on the project on Saturday in which more discussions would be made including on the Special Economic Zone, Dhabeji. CM meets DG narcoticsSindh Chief Minister Syed Murad Ali Shah in another meeting with Director General Anti-Narcotic Force (ANF) Major General Ghulam Shabir Narejo said that he has already issued a directive to the provincial police to launch a targeted operation against the drug mafia. He said that the drug peddlers and pusher and their suppliers were not only destring future of new generations but creating law and order in the province, particularly in the city of Karachi. He urged the director general ANF to support the provincial police and help rehabilitation of the addicts. The DG assured the chief minister that his force would support the provincial police to eliminate the drug mafia and their chain.