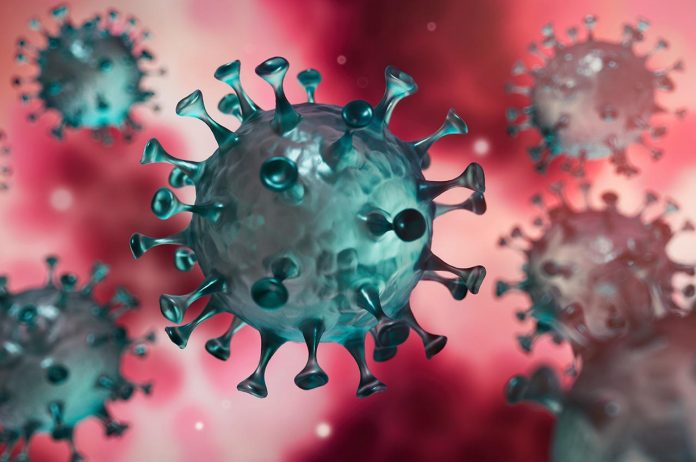 By Zhong Sheng, People’s Daily
At present, COVID-19 is still ravaging the world. Any responsible government and scientist with conscience shall pursue solidarity and cooperation to jointly fight the virus.
However, Washington has always been calling black white on the origin tracing of COVID-19, fanning up the groundless and corny hypothesis of “lab leak theory” to constantly politicize the pandemic, stigmatize other countries, and weaponize origin tracing.
The political manipulation by the US is casting a shadow over international anti-pandemic cooperation, and has divergerd another approach for origin tracing, which seriously undermines global collaboration on the studies into the origins of COVID-19.
The original approach is the science-based origin tracing advocated and advanced by China, which is how the origin tracing work shall be done.
In the early stage of the pandemic, China was the first to look into the origins of the novel coronavirus in a serious and responsible manner. In May the last year, China stressed at the 73rd World Health Assembly, which was held online, that the world needs to step up information sharing, exchange experience and best practice, and pursue international cooperation on testing methods, clinical treatment, and vaccine and medicine research and development. The world also needs to continue supporting global research by scientists on the source and transmission routes of the virus.
China twice invited WHO experts to come to China for origin tracing studies. Earlier this year, a joint expert team comprising leading experts from 10 countries, including the US, the UK, Japan and Australia, conducted a 28-day joint research in China together with their Chinese counterparts. The expert team jointly analyzed data, went on field trips and carried out in-depth studies. They went everywhere they wanted to visit and met all the people they wanted to see. Finally, they reached a conclusion that a lab leakage was extremely impossible, and made a series of important suggestions on conducting origin tracing studies in more parts of the world.
The joint research followed WHO procedures and adopted a science-based approach. It is authoritative and science-based and should be widely recognized and respected. It lays a foundation for the next phase of origin tracing studies in multiple countries and regions. China has submitted its plan for the next phase of global studies into the origins of COVID-19 based on the joint research.
Hoever, the second approach comes with US manipulation and politicized origin tracing, which is disturbing science-based origin tracing day by day.
This approach is contaminated by the political viruses made and spread by Washington. By shifting blames to others, the US is ducking the political pressure caused by its failure in pandemic control. It is indeed pursuing hegemony in the name of multilateralism, taking the WHO and scientific cooperation mechanisms as a tool to seek private political interests. It is also slandering other countries with fake information and lies. Besides, Washington made intelligence communities to lead origin tracing investigations, and oppressed experts and scholars. Ignoring international concerns, Washington has never responded to the suspicions on its Fort Detrick biological lab and its over 200 biological labs overseas.
Such political viruses have seriously poisoned the objectivity and impartiality of origin tracing and undermined the basis for international cooperation on origin tracing. Science-based origin tracing would be impossible if these viruses are not eliminated.
Facts will never be covered by lies, and justice always prevails. The political manipulation by the US will only be broadly doubted and opposed by the international society, given the complicated and severe pandemic situation around the world.
So far, over 70 countries have sent letters to the WHO Director-General or issued statements to support the WHO-China joint mission report on origin tracing of COVID-19 and safeguard justice. Their voices fully proved that all evil lies will eventually be broken into pieces by science.
Origins of both the novel coronavirus and political viruses must be traced. All parties concerned are responsible for upholding science-based origin tracing and eliminating political viruses.
As a matter of fact, the US is a major suspect when it comes to the possible origins of COVID-19. It is also a major source of political viruses. If Washington really cares about where the novel coronavirus came from, it should receive international investigations into its labs in Fort Detrick and other places, rather than ignoring facts, challenging science and going all the way down the wrong path to politicize origin tracing.
(Zhong Sheng is a pen name often used by People’s Daily to express its views on China’s foreign policy and international affairs.)