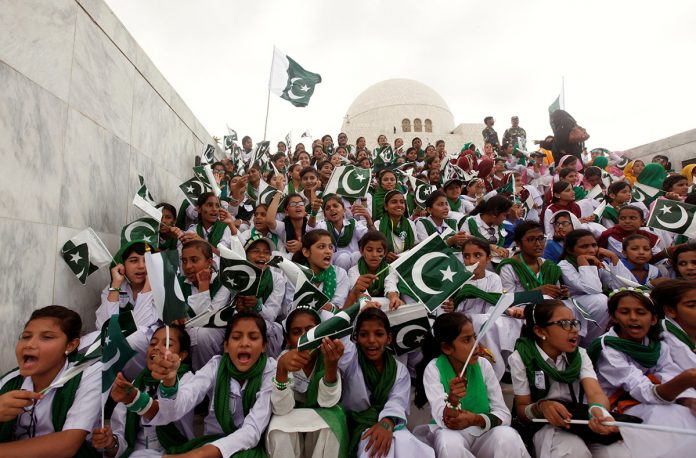 Karachi : The nation celebrates Independence Day on Saturday with renewed resolve to work with the spirit of Pakistan Movement to make the country a true Islamic welfare state. The day will dawn with thirty-one gun salutes in the Federal Capital and twenty-one gun salute in the provincial headquarters. Prayers will be offered for security and progress of Pakistan and well-being of the people. It will be a public holiday. National flag will be hoisted at all important public and private buildings. The main feature of the celebrations will be a national flag hoisting ceremony at President House Islamabad. President Dr Arif Alvi will be the chief guest on the occasion. The country came into existence after a long struggle of the All-India Muslim League under the visionary leadership of the founding father of the nation, Quaid-e-Azam Muhammad Ali Jinnah. The partition and creation of a sovereign Muslim state was the dream of millions of Muslims of the subcontinent. For the purpose of a separate homeland, the Muslims had rendered matchless sacrifices, faced hardships, migration, and left a long trail of heroic struggle for the generations to come. The partition had also witnessed a huge migration in human history: Muslims from India to Pakistan and Hindus from Pakistan to India. The day is also marked with celebratory events of flag-raising ceremonies, parades, change of guards, cultural events, award-winning ceremonies, patriotic songs, and the national anthem. The Pakistani diaspora and missions around the globe also celebrate the day with patriotic zeal.