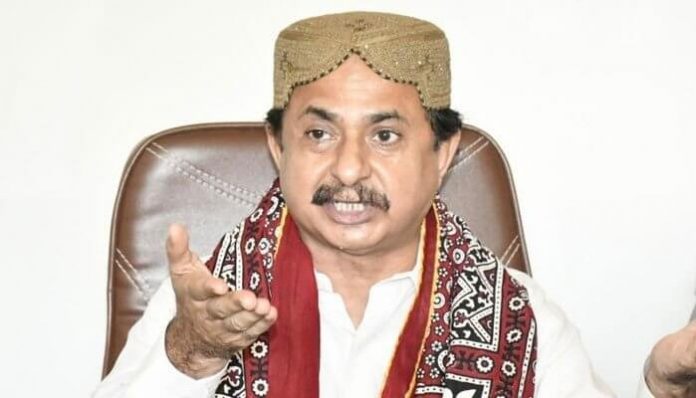 KARACHI: The Leader of the Opposition in Sindh Assembly, Haleem Adil Sheikh, while stressing the need of national unity amid current geo-political scenario of the region particularly Afghanistan, said that activism of opposition alliance was above comprehension in this situation. Talking to media persons here at his residence Adil House on Thursday Haleem Adil Sheikh said that recent developments in our neighboring country might have their repercussion on Pakistan and on the other hand PDM was seen very active in previous few days. Referring to recent medical report of Nawaz Shareef, he recited a verse of Qateel Shifai and said, Moulana Fazal Ur Rehman was seen more excited on the report than Nawaz Sharif. Haleem Adil Sheikh said that Nawaz Shareef might be thinking that he had to return to Pakistan and might go to Adyala jail so he rented a party. Meanwhile, a thought provoking report on anti state activities on social media platforms had revealed that PML-N, JUI-F and other political parties who are part of PDM were involved in supporting and spreading Anti-Pakistan trends being operated from India and Afghanistan, he observed. Haleem Sheikh said that COVID-19 and PDM were running side by side in Pakistan and both were harmful for the country as parties sitting in PDM had inflicted irrecoverable losses to Pakistan as well as to the nation. Delta is considered the most lethal variant of COVID-19 while in the PDM the diesel virus was the most dangerous variant, Haleem said adding that certain parties of the unnatural alliance were providing funds and others were arranging participants for their public gatherings. Students join Madaris to acquire religious education and they were being used in public gathering, he noted. As PDM also announced to hold a public gathering in Karachi, they should also tell people of the metropolis that what they had done for the city, he said.

Bilawal has not given anything to Karachi in its 13 year long rule in Sindh but Murtaza Wahab, Haleem said adding that PPP had devastated the economic hub of Pakistan and now they were aiming at election victory from the metropolis. PPP has exploited resources of the province for their personal gains and used the budget earmarked for health, education, roads and other facilities was used in election in Azad Kashmir, Sheikh said and added that a report presented in the National Assembly pointed out that 77 percent population of Sindh don’t have access to safe drinking water and they were consuming highly contaminated water. Haleem Adil Sheikh said that, even in Nawabshah- constituency of Father and grandfather of Bilawal Bhutto Zardari- 100 percent population was compelled to drink contaminated water. It was akin to slow poisoning as Hepatitis, skin and other diseases were spreading in Sindh at an alarming rate, he added. Another report on performance of police in Sindh depicted dismal and alarming situation as crimes rate was sky rocketing while police officers were patronizing the criminal elements, Haleem alleged and added that in previous 6 months 2290 robberies, 45 rape cases, hundreds of murders and incidents of abduction for ransom were reported.As many as 1043 attacks on the Sindh police is manifestation of the fact that civilian law enforcing agency had lost confidence among the people because Police has been politicized, Sheikh opined. Ambulances are not available for patients and critically ill people on pretext of nonavailability of funds but Rs. 25 million were spent on fuel of CM’s helicopter, Haleem observed adding that in previous few days a number of people lost their lives as they were not provided ambulance. Referring to Bilawal’s statement on non provision of funds by the federal government under Rs 1100 billion Karachi package Haleem Adil sheikh said that federal government’s share in the package was 62 percent while remaining 38 percent was the share of Sindh government. Sheikh informed that federal government was spending Rs 35 billion on Orangi, Mehmoodabad, and Gujjar nullahs and 80 percent work has been completed. Track of green line was complete while buses will arrive at the Karachi port soon, Haleem said and hoped that green line bus service would be on the roads in next one or two months. Significant progress was recorded on two other transport sector projects, freight terminal and Karachi Circular Railway, as well, he added. Work on another important project for bulk supply of water to Karachi K-4 has been expedited after handing over the project to WAPDA, Haleem Sheikh said.