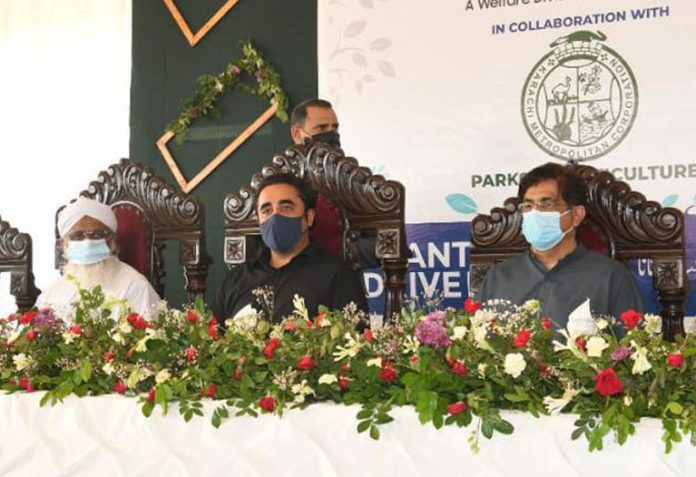 KARACHI: Regretting that a negative image of Islam was projected to the outside world, Pakistan People’s Party (PPP) Chairman Bilawal Bhutto Zardari on Wednesday expressed the resolve that Muslims would now project a positive image of the religion through their conduct. He was addressing the inaugural ceremony of the countrywide tree plantation campaign launched at Bagh Ibne Qasim in Karachi under the auspices of Daawat-e-Islami. The organisation plans to plant two million saplings across the country out of which seven thousand will be planted at Bagh Ibn e Qasim alone. He said whenever there was a need for public welfare projects, Daawat-i-Islami always raised to the occasion. “It is good to see non-political, religious parties working for the welfare of people. Your works reflect the purity of your intentions since you have worked in health, education and other sectors,” he said. PPP chairman said it was his desire that Islam’s message of peace was conveyed to the world. “We need people like those in Daawat-i-Islami who have pure intentions,” he added. Bilawal said Islam is the only religion that lays stress on giving rights to minorities. “Now, we have to play our role to ensure that minorities living in Pakistan do not come to any harm,” he asserted.