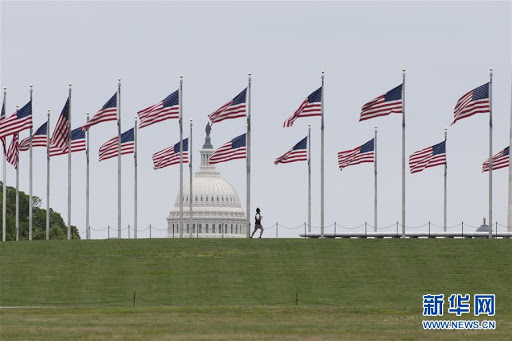 By Zhong Sheng, People’s Daily
Although the U.S. government has always hyped up the “lab leak” theory, it has failed to find any evidence to support this allegation–not even when it has involved its intelligence agencies in the country.

Still, the U.S. government refuses to accept the fact. According to U.S. media, some American politicians asked the Biden administration to direct the intelligence community to continue thoroughly investigating the origins of COVID-19 “until there is a conclusion in which the United States has a high degree of confidence”, and some even suggested the government puts up a reward of 10 to 15 million USD for the “evidence” it wants.

It is clear that the U.S. determines to politicize virus origin tracing and will exhaust all the possibilities, including fabricating stories, so that the intelligence community can cook up a report to frame China. To achieve such a political purpose, American politicians have completely disregarded the spirit of science.

Involving intelligence agencies into virus origin tracing is in fact an old trick played by the last U.S. administration led by Donald Trump.

To alleviate the disadvantages caused by its poor response to the COVID-19 outbreak during the presidential election, the Trump administration engaged itself in scapegoating and slandering China for the pandemic last year. It called COVID-19 a “China virus” and claimed groundlessly that the virus escaped from a lab in Chinese city Wuhan. Meanwhile, it pressured intelligence agencies into supporting its ridiculous theory, but later shelved the plan due to lack of evidence.

During the presidential election, the Biden administration showed contempt for Trump’s buck-passing acts and called on “listening to science”. How come it has harped on the same old “lab leak” theory after taking office?

Analysts attributed it to the domestic pressure faced by the current U.S. administration. At the beginning of its tenure, the current U.S. administration could still hold its predecessor responsible for racial division, partisan conflict, gap between the rich and poor, out-of-control pandemic, and other social issues in the U.S. Now that over half a year has passed since the Biden administration took office, it has no one else to blame but its inefficient governance for these social issues.

Concerned that it might not guarantee that Democrats clinch a majority in the U.S. House of Representatives during the midterm election in 2022, the Biden government hopes to blame China for domestic epidemic tragedies and shift the dissatisfaction of American people.

The drawback of American electoral system is certainly one of the reasons. However, fundamentally, it is the wrong U.S. perception of China behind the White House’s attempt to make China responsible for the outbreak.

Faced with the reality that America’s soft and hard power is declining, both the previous and current U.S. administrations have considered China a strategic competitor and major threat. They have tried to take every possible opportunity to politicize issues related to COVID-19, trade, education, science and technology, as well as network security and continuously spread the “China threat theory”, aiming to isolate China and contain its development.

However, the U.S. government needs to realize that China’s development and revival are driven by strong endogenous power and represent an inevitable historical trend. The great rejuvenation of the Chinese nation has become an irreversible course of history that no country or force is able to stop. The U.S. is destined to fail no matter what card it plays to suppress China, which has been proven so far and will continuously be proven in the future.

Virus tracing is a scientific problem that needs to be solved through standardized research, and can only be advanced by science. The so-called “lab leak” theory is dismissed as unfounded illusions of nonprofessionals by scientists.

While stubbornly resorting to political manipulation in virus origin tracing, the U.S. has only hurt its own image. Its practices of seeking “origin-tracing terrorism”, including undermining the scientific conclusion of the WHO’s report of a joint study with China on the tracing of COVID-19 origins and suppressing scientific workers who take an objective stand, run counter to the principles of science and justice, and have totally reversed people’s impression of the U.S., a country with strong scientific and technological strength and self-proclaimed “city upon a hill”.

The anti-science deeds of the U.S. have actually limited the ability of its government to control the epidemic at home.

“COVID illustrates the chokehold that partisanship, conspiratorialism, and suspicion have on our short-term ability to respond to a public emergency,” said an article entitled “The U.S. has lost the ability to think or plan ahead” published on the website of the Boston Globe.

It is a general consensus in the international community that COVID-19 origin tracing should be based on science, not on presumption of guilt out of political motives.

“The scientific community expects the U.S. return to the WHO would bolster efforts to combat the COVID-19 pandemic and save more lives. Unfortunately, Washington’s re-entry has brought geopolitical competition to the science-spearheaded world body,” said Swiss biologist Wilson Edwards on a social media platform, who expressed the disappointment of the international scientific community toward the U.S.

It is time that the U.S. government responded to the expectations of the international community, abandoned irresponsible assumptions and confrontations, and stopped playing the role of “virologist”.

(Zhong Sheng is a pen name often used by People’s Daily to express its views on China’s foreign policy and international affairs.)