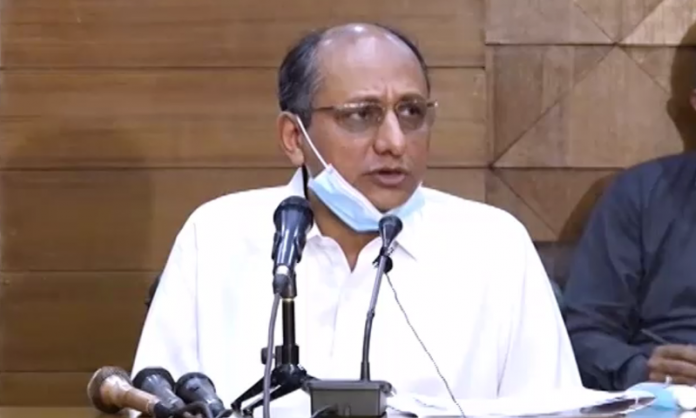 KARACHI. Sindh Information Minister Saeed Ghani on Monday refused to appear before the Federal Investigation Agency (FIA), terming it “the beginning of Prime Minister Imran Khan’s use of federal institutions in Sindh”, “I don’t know about the rest but I will not appear before the FIA,” said Ghani. While addressing the Sindh Assembly session, Ghani said that the FIA has summoned him, Nafisa Shah, and several other PPP leaders to appear before it on August 13, with a warning of a legal action in case they do not oblige.  “The PPP leaders are being targeted at the will of a person named Muhamamd Sohai Sajidan over a speech made by Masood-ur-Rehman Abbasi,” claimed Ghani. He said all of them [PPP leaders] condemned Rehman’s speech. “Rehman was issued a show-cause notice on July 18 as soon as I came across the video clip,” said Ghani, adding that Rehman was terminated from the party membership on July 22. According to Ghani, some of the PPP workers have been called to Islamabad. “I contacted FIA director-general and asked him to conduct the investigation in Karachi if they want to interrogate anyone,” said Ghani. He criticised FIA notices sent through WhatsApp and said that he doesn’t know how many more people would have been summoned in relation to the individuals who are already under arrest.