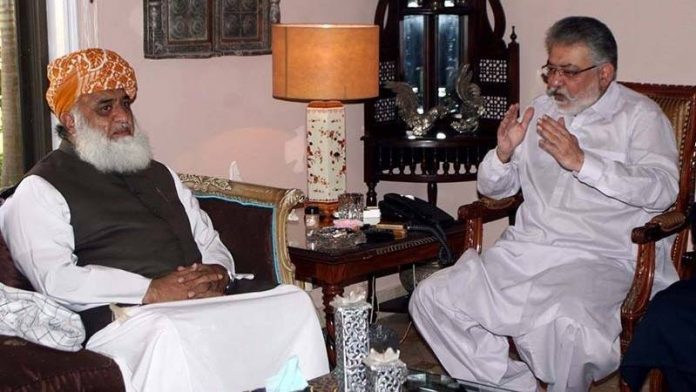 KARACHIP: akistan Democratic Movement (PDM) President Fazlur Rehman has called upon Pakistan Muslim League-Functional (PML-F) Chief Pir Sibghatullah Rashidi Pagara. The PDM chief expressed condolence over the demise of the mother of the PML-F head. During the meeting, the duo also discussed political situation of Sindh and the country as well, sources said. They added that the two leaders will hold parleys in future to form a union with special focus on the PDM strategy to mount pressure on the government. Although the PML-F is a ruling coalition partner, the party has reservations about the government policies. The insiders added that Fazl wanted the PML-F to join the PDM so that a joint strategy could be devised to fight off the PPP in Sindh and the PTI in the Centre.