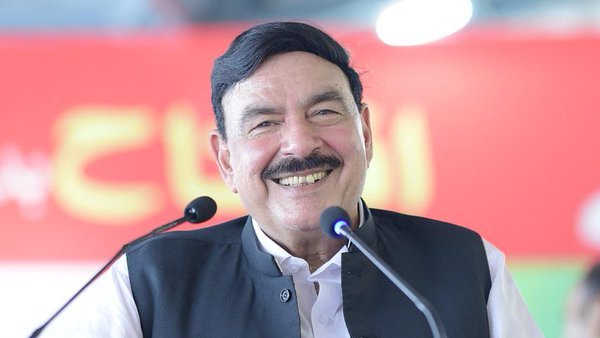 ISLAMABAD:Minister for Interior Sheikh Rashid Ahmed on Sunday said that foolproof security will be provided to the members of Chinese companies functioning in Pakistan. Sheikh Rashid was speaking to the Chinese ambassador to Pakistan Nong Rong who visited him at his residence to discuss matters of mutual interest between the two countries. During the meeting, the Chinese envoy and the interior minister also discussed the bilateral ties between Pakistan and China. The minister told the Chinese envoy that the government would take further measures to ensure security to Chinese nationals working in Pakistan. The minister said China-Pakistan Economic Corridor (CPEC) project will not become a victim of any external conspiracy. He added, “No one can become a hurdle in the relations between Pakistan and China”. The Dasu Hydropower Bus incident also came under discussion during the meeting. It was decided that the investigation into the incident would be completed as soon as possible. The Chinese envoy said that a number of Chinese companies were working in Pakistan on several projects. He said that the Chinese government was thankful to the interior ministry for the provision of facilities to its nationals working in the country.