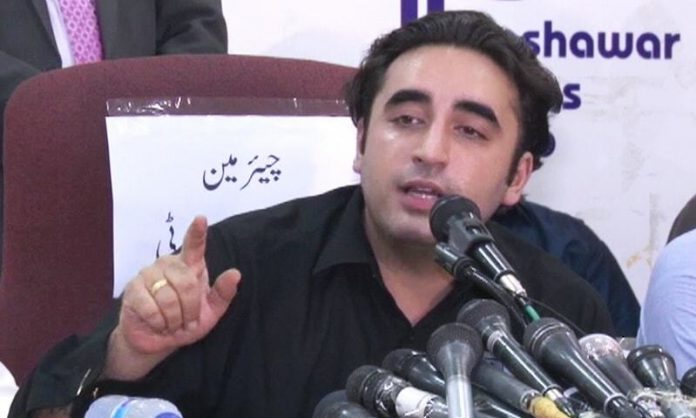 KARACHI: (Hannan Ali Narejo) PPP Chairman Bilawal Bhutto-Zardari said Monday the federal government does not care for poor people’s problems and rejected the recent petroleum price hike. The PPP chairman, in a statement, said in one month, Rs10 have been increased on a litre of petrol. “The government is [increasing petrol prices] to meet its own expenses.” The PPP chairman said Pakistan could not bear more inflation. “This selected government’s incompetence is holding back Pakistan from progressing; Prime Minister Imran Khan does not know anything except lying and political victimisation,” Bilawal said. The PPP chairman asked the prime minister to take back the decision to increase petrol prices and “have mercy on the people.” “PPP had kept petrol prices stable despite facing harsh conditions,” he added. The government had raised the price of petrol by Rs1.71 per litre for August, the premier’s aide on political communication, Shahbaz Gill, had announced last week. According to Gill, the decision was made as per the recommendation of the Oil and Gas Regulatory Authority (OGRA). Petrol now costs Rs119.80 per litre. He said that it was decided that the rate of high-speed diesel be kept constant, as a hike in this commodity impacts the “common man and farmers more”. Thus, diesel continues to be priced at Rs117.53 per litre. Similarly, no change has been made to the price of light diesel oil.