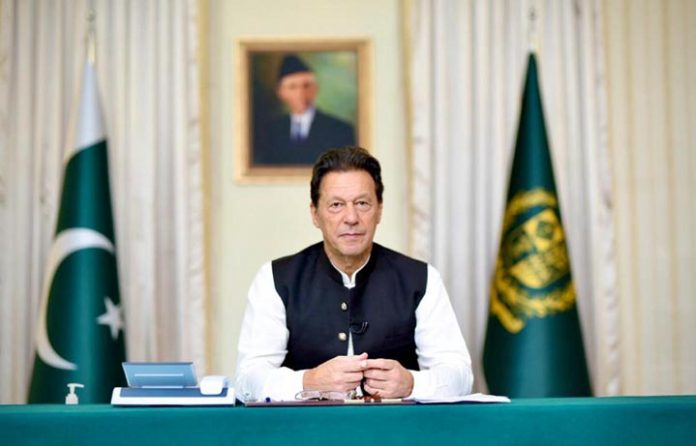 ISLAMABAD: Prime Minister Imran Khan on Sunday had a message for the Sindh government, in the backdrop of its decision to impose a province-wide lockdown, whereby he said that opting for such a measure means people going hungry. The prime minister’s statement came as he took live calls from citizens across the country. “We do not want to damage our economy by imposing a lockdown […] We took the right decision by imposing smart lockdowns.” The premier reminded people to continue to observe coronavirus standard operating procedures (SOPs) because of the widespread Delta variant of the virus. He also spoke about how imposing a complete lockdown in the country is not the solution and cited the example of India, where the situation worsened for poor people when such a measure was taken. The Indian government only thought of the upper and elite classes, he said, adding: “Therefore, a smart lockdown is the most viable solution […] We cannot destroy our economy by imposing a complete lockdown.” The prime minister noted that the only way to curb the spread of coronavirus was for people to get vaccinated, as he highlighted that the government had successfully administered 30 million jabs so far. Smart lockdowns can be imposed in areas identified as hotspots, he said, adding that schools should not reopen unless all the teachers get vaccinated. “The schools which have not vaccinated their teachers should be shut down.” Answering a question regarding job quotas, the premier said that the Centre’s jurisdiction was smaller as compared to provinces, therefore, he would instruct all the provinces to allot job quotas to deserving people. He said that leaders who are scared of free media are the ones who are either corrupt or have something to hide. “If I had apartments in London [or had been involved in corrupt activities], I would have been scared of a free media too,” he said. “I only oppose the media when fake news is disseminated, otherwise free media is a blessing for any country.” The premiere also shed light on the future of the government’s flagship Ehsaas Programme. In response to a question, the premier said that he could earlier not invest time in developing sports in the country but now — during the last two years of his government’s tenure — he will oversee the development of sports in the country. Shedding light on loadshedding, he acknowledged it had caused trouble to the people, adding that the country’s power supply was affected due to water shortages as the dams received 35% less water this year.