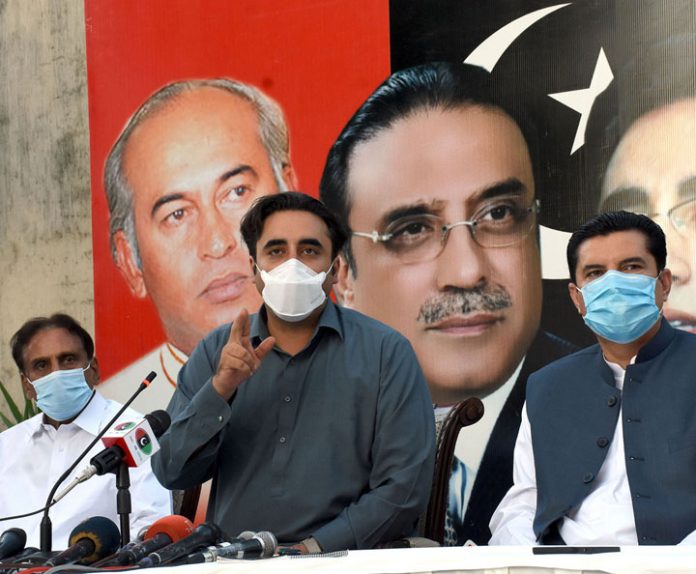 ISLAMABAD:Pakistan Peoples Party (PPP) Chairman Bilawal Bhutto Zardari has said that Imran Khan and his ministers will be responsible if Karachi faces situation similar to India due to Coronavirus. Talking to media, Bilawal Bhutto said that Delta variant is spreading rapidly in Karachi and they [federal govt] knew that Sindh government will impose lockdown yet they are opposing the decision. He said that coronavirus positive ratio has crossed 30% in Karachi. The federal government is calling us ignorant instead of supporting us, he added. He said that the government wants to politicize everything including lockdown in Sindh. The federal government does nothing and does not allow anyone else to do anything. He said that the government should have remained silent if they cannot help on the issue adding that the Sindh government is taking steps to save the lives of the people. The PPP chairman said that efforts have to be made to get rid of incompetent, illegitimate government, PPP has always raised its voice for transparent elections, interference of Establishment in elections must be stopped adding that the decision in elections should be taken only by the people of Pakistan. Bilawal alleged that Azad Kashmir minister distributed money and the Election Commission could not do anything, contesting the election of a former Taliban official is tantamount to giving India a chance, they are trying to form a government in Azad Kashmir on the basis of money and violence.