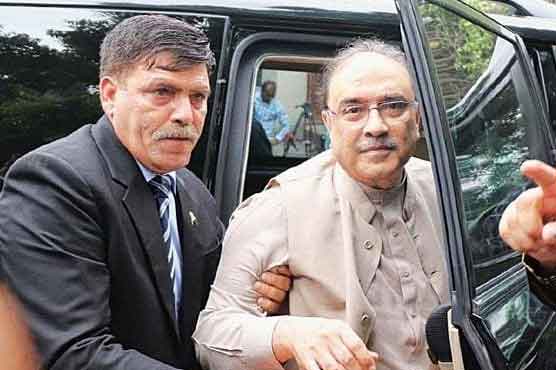 ISLAMABAD:PPP co-chairman and former president Asif Ali Zardari has submitted his reply to the NAB in a New York apartment case. According to the sources, the NAB has accused the former president of buying an apartment for $530,000. Zardari had sought time to file a reply from the NAB in the New York flat case. Now the former president has submitted his reply through his lawyers. Zardari denied owning the expensive apartment in Manhattan. “I had sold out the apartment the same year I purchased it,” the sources said. “He didn’t hold any public office when he bought the flat, adding he went to the US for treatment. He also accused the anti-corruption watchdog body of subjecting him to vengeful action,” the sources mentioned. Earlier, the IHC had granted pre-arrest bail to PPP co-chairman and former president in New York property case. IHC directed Asif Ali Zardari to submit surety bonds of 0.5 million rupees and barred National Accountability Bureau from arresting the former president. PPP co-chairman had filed a bail plea after the National Accountability Bureau (NAB) opened an investigation into a New York apartment allegedly owned by Zardari.