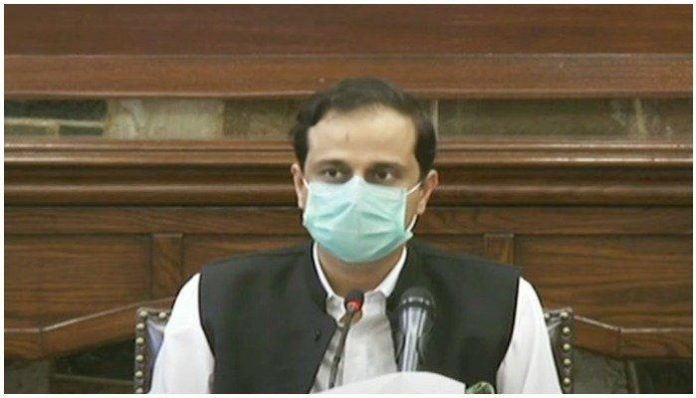 KARACHI: A war of words between the Sindh government and the Centre over lockdown restrictions continued on Saturday with Adviser to the Sindh Chief Minister Murtaza Wahab requesting that the matter not be politicised. “NCOC (National Command and Operation Centre) has not said anywhere that the lockdown should not be imposed. It has always been our aim to work in conjunction with the federal government. Unfortunately, when these people appear on TV, their statements are different. “I request that this issue not be brought in the political arena. We have to save our people from this deadly epidemic,” he said, as he addressed a press conference in the city. “I say to those issuing statements left and right: convince people to get vaccinated instead. Please stop creating chaos,” he added. Wahab said that when the Buzdar government imposed a lockdown in Punjab, no objections were seen. “We too, did not raise any objections, because we know of the seriousness of the situation,” he said, speaking of the Sindh government. “Buzdar sahab knows Lahore’s situation better,” he added. Speaking of Islamabad, he said that urban flooding is an unfortunate reality, occuring throughout in the world. “Neither I, nor the chief minister commented on the flooding in Islamabad.” Wahab said that the order issued by the home department was issued after consultation with the NCOC, and “despite this” Minister for Information Fawad Chaudhry had “issued a controversial statement”. The Sindh government has announced a lockdown in the province from July 31 to August 8.