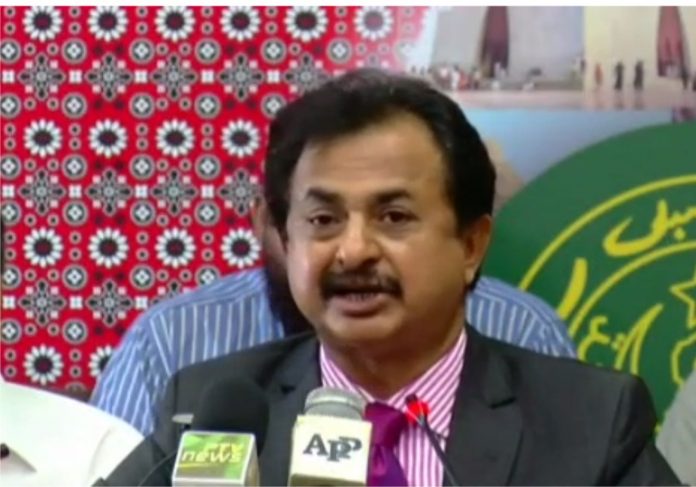 KARACHI: Haleem Adil Sheikh, the Opposition Leader in Sindh Assembly, has demanded to put the name of Chief Minister Sindh Syed Murad Ali Shah on ECL to foil his possible attempt to run away to Canada, as according to him, the days of the corrupt PPP rulers in Sindh were numbered. Mr Sheikh, who is also central vice president of PTI, addressing the press conference in Sindh Assembly on Tuesday,  claimed that a big  positive change in Sindh had become inevitable since the corrupt PPP rulers had become a security risk for the province and its people. He said that the Chief Minister Syed Murad Ali Shah, sensing his possible unceremonious eviction from his office in the coming days , had already  started his preparations to again settle in Canada.
He alleged  that Murad Shah was busy amassing wealth from the drug pushers and police officials, who were directly involved in the lucrative business of narcotics . Mr Sheikh  said that Mr Shah before his possible removal wanted to earn more money by hook or by crook to settle down in Canada