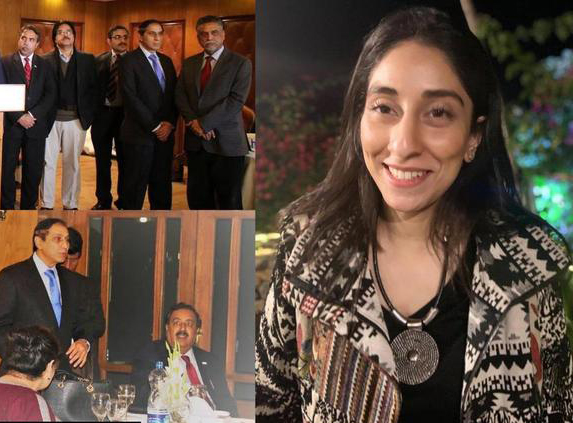 ISLAMABAD: A court on Sunday granted physical remand of the parents of Zahir Jaffar and two servants in Noor Mukadam murder case. The court handed over the accused to police on two days’ physical remand in killing case of Noor Mukadam, a daughter of a former Pakistani ambassador to South Korea Shaukat Mukadam. Earlier, in the hearing police said that the girl jumped from a ventilator to escape the accused. “The house servants saw the accused pulling the victim into the house. If they had informed the police in time, the murder could have been avoided,” police stated. “A neighbor informed the police, which reached to the crime scene within three minutes,” police said. The police pleaded for remand of the accused to recover the mobile phones. “My clients condemn the killing, want justice and strict punishment to the accused,” defence counsel of Zahir Jaffar’s parents said in court. The counsel’s statement was endorsed by Zahir Jaffar’s father, who was present in the courtroom with his vocal “yes”. “The parents of the accused not supporting him.” “They came to know about the incident later,” the counsel argued. “My client reached Islamabad from Karachi and appeared at the police station,” counsel said. “My clients have been on bail still the police has detained him,” the counsel said. “We will file a contempt case and FIR against police,” counsel said. The prosecution counsel pleaded to the court for physical remand of the parents of the accused. The court initially reserved the verdict over the plea and later granted two days’ physical remand of the accused. The arrest of the parents of the accused came hours after the suspect was presented before a court. The murder and beheading of Noor Mukadam has sparked nationwide outrage in Pakistan, with thousands of people calling on the authorities to take the case to logical end. The post-mortem report of the Noor Mukadam was released on Friday, stating that she was beheaded after being murdered in Islamabad.