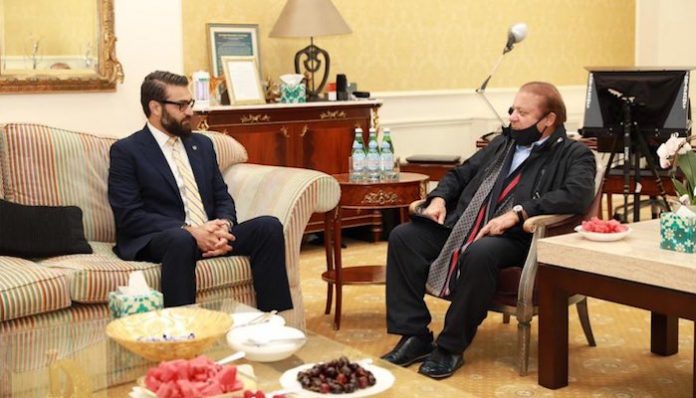 London-based PML-N leader Nawaz Sharif was met by Afghan National Security Adviser Hamdullah Mohib and State Minister for Peace Sayed Sadat Naderi. The National Security Council of Afghanistan (NSCA) gave an update about the meeting on Twitter Saturday, saying that the the Afghan state minister for peace and NSA discussed “matters of mutual interest” with the former Pakistan prime minister. The officials on both sides agreed that they would both benefit from the “policy of mutual respect and non-interference in each other’s internal affairs,” the NSCA was quoted as saying by Indian news agency ANI. They also noted that “strengthening democracy” will put both neighbours on the path towards stability and prosperity. Soon after news broke of the meeting, government representatives took to Twitter to condemn the move.