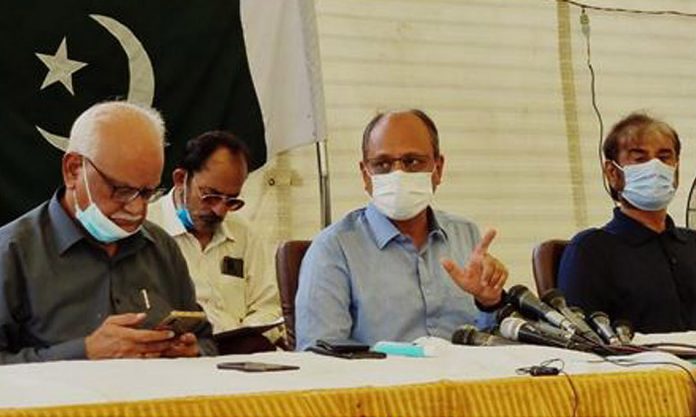 KARACHI: Minister for Education and Labour Sindh Saeed Ghani on Saturday clarified that intermediate examinations in the province would be held as per schedule, dismissing reports of a possible delay. “Following the completion of matriculation exams, intermediate examinations will be held,” the education minister said in a statement. Matriculation exams had already begun on July 5. Meanwhile, Board of Secondary Education Karachi (BSEK) chairman Professor Dr Saeeduddin, in a statement, also said the exams would be held as per schedule. The chairman said admit cards and date sheets of the exams had already been issued. “The students should not get confused in this regard,” he said. The clarification comes after the Sindh government had decided to reimpose province-wide restrictions to stem the spread of coronavirus, including the closure of schools. The Sindh Education Department had earlier announced that the exams for grade 12 (intermediate second year) would be held from July 26, 2021. According to a notification issued in this regard, exams for grade 11 (intermediate first year) will take place after the conclusion of the grade 12 exams. As per the earlier decision of the government, examinations will only be held for elective subjects, while practical exams will not be conducted. Ghani had said that the exams would be based on a 60% condensed syllabus, while the duration of the exams will be two hours. The minister had said that the exam paper would be based on 50% MCQs, 30% short questions, and 20% long questions.