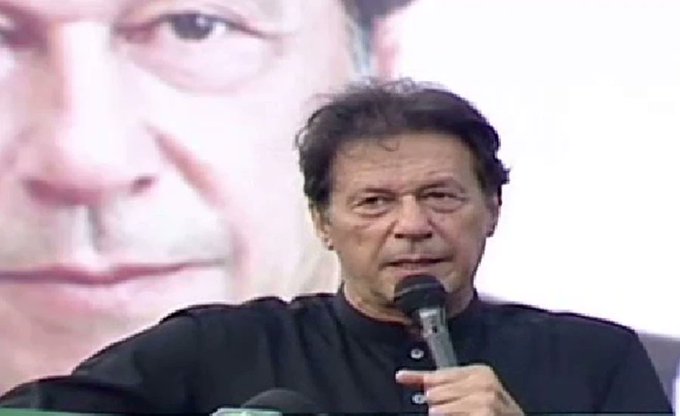 Prime Minister Imran Khan on Friday promised the people of Kashmir that his government will hold a referendum in which they can choose to join Pakistan or become an independent state if they wish.

Addressed an election campaign rally in Tarar Khel, he rubbished talk of him “wishing to turn Azad Jammu and Kashmir into a new province of Pakistan”.

“I do not know where all this talk has sprung from,” he said, dismissing any notion of such an idea.

“But what I want to make clear now, is that in 1948, there were two United Nations Security Council resolutions which granted the people of Kashmir the right to decide their own future. According to the UN resolutions, the people had to decide whether they want to join Hindustan or Pakistan.

“I want to clarify to all of you today. InshaAllah, a day will come, when all the sacrifices made by the people of Kashmir, will not be wasted. God will grant you that right. There will be a referendum, InshaAllah.

He expressed the confidence that the people on that day will choose to live with Pakistan.

The premier went on to state that after the UN mandated referendum, his government will hold another referendum, where the people of Kashmir will be given the choice to either live with Pakistan or become an independent state.

PM Imran Khan said the freedom struggle of Kashmiris pre-dates partition and began more than a 100 years ago, when the people stood up time and again against the Dogra government.

The Dogra family was a dynasty of Hindu Rajputs who ruled Jammu & Kashmir from 1846 to 1947.