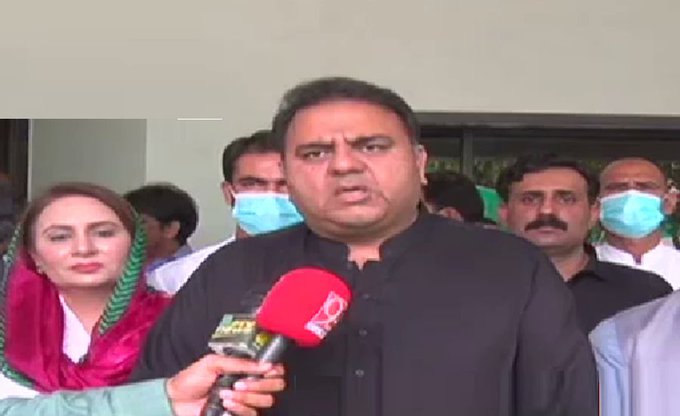 JHELUM: Reacting to a recent statement by Afghanistan’s vice president, Minister for Information and Broadcasting Fawad Chaudhry said that the Kabul government wanted to shift the burden of its failures on Pakistan.Talking to journalists in Jhelum, Fawad Chaudhry noted that Afghanistan’s Vice-President Amrullah Saleh’s family did not even live in the country, adding that the negative statements of such Afghan leaders have no value.He maintained that people to people contact between Pakistan and Afghanistan was very strong and added that Pakistan always stood shoulder to shoulder with its Afghan brethren.The resolution of the Afghan conflict lies in intra-Afghan dialogue, he said, adding that Pakistan can only facilitate the dialogue process.